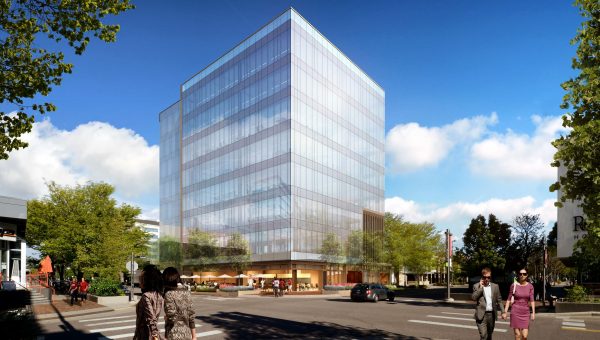 A rendering of the eight-story office building going up at the northwest corner of 2nd Avenue and Detroit Street in Cherry Creek. Photo courtesy of BMC Investments

Amazon has settled on a spot in Cherry Creek for its bookstore.

The online retail giant plans to open Amazon Books on the ground floor of Financial House, the eight-story office building under construction at the northwest corner of 2nd Avenue and Detroit Street, according to tenant finish permit applications submitted to the city.

The company will occupy the building’s sole retail unit, which is approximately 5,000 square feet.

Amazon did not respond to a request for comment. BusinessDen reported this year that the company was targeting the neighborhood for a store. 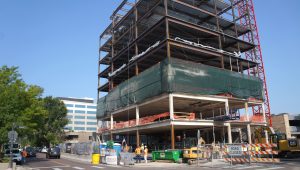 A current view of the office building going up at the northwest corner of 2nd Avenue and Detroit Street in Cherry Creek.
(Photo: Thomas Gounley)

The first Amazon Books location opened in November 2015 in Seattle. The chain now has 15 locations, according to Amazon’s website. None are in Colorado, although a bookstore is slated to open at Park Meadows mall in Lone Tree in the coming months.

Financial House is being developed by Denver-based BMC Investments in partnership with Denver-based Bow River Capital Partners. It will have about 70,000 square feet of office space.

Joblon said the goal is to have the building ready so that tenants, both office and retail, can move in come April.

Financial House will be the first 100 percent glass curtain wall building in Cherry Creek. 4240 Architects designed the structure, and Haselden Construction is the general contractor.

BMC and Bow River purchased the 0.28-acre site, at the time home to a two-story retail building, in 2016 for $7.35 million, according to records. Demolition began at the site last fall. FirstBank provided financing for construction. 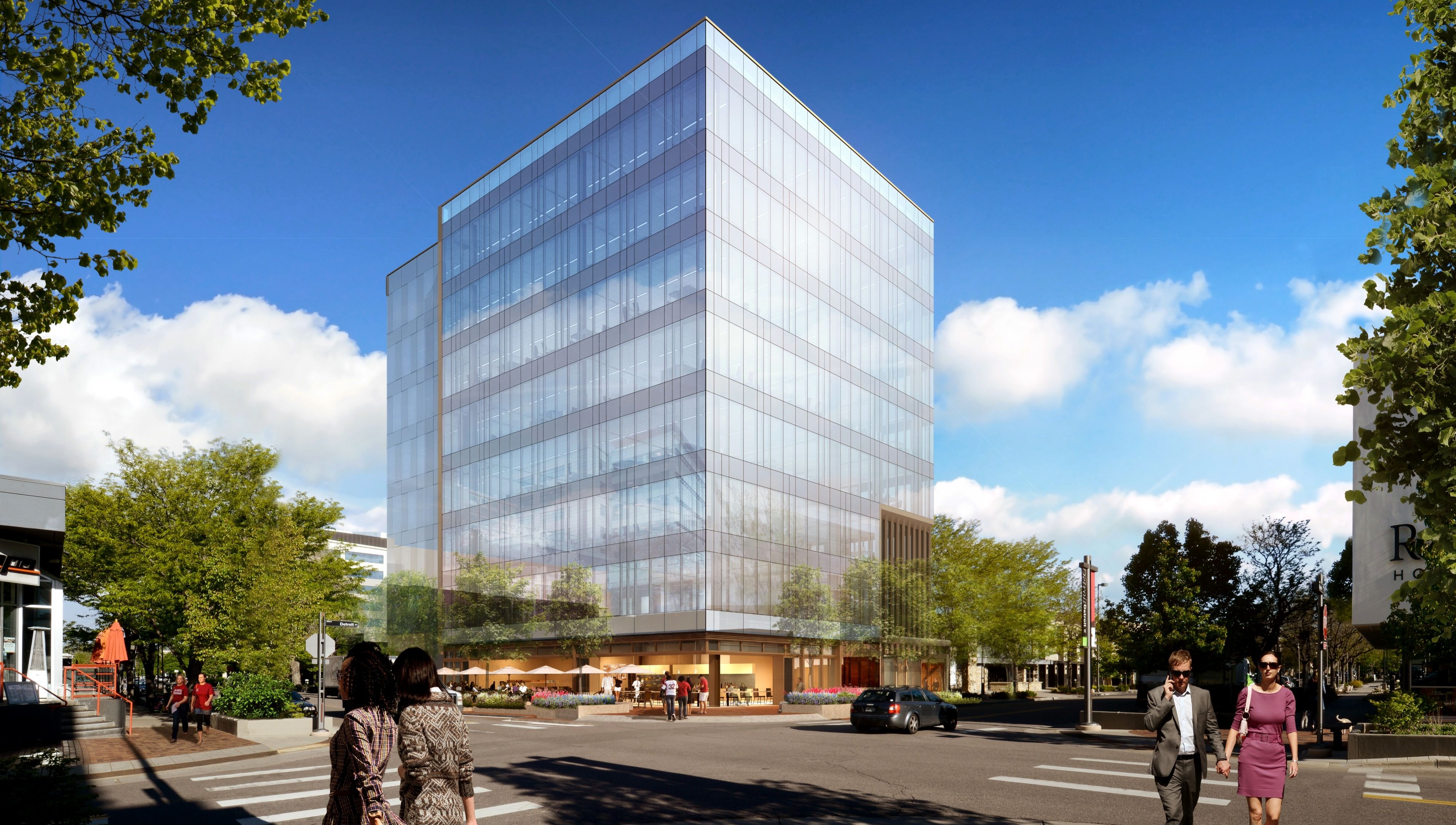 A rendering of the eight-story office building going up at the northwest corner of 2nd Avenue and Detroit Street in Cherry Creek. Photo courtesy of BMC Investments

The store is going in the ground floor of BMC Investments’ and Bow River Capital Partners’ eight-story Financial House.

Interesting as The Tattered Cover started in Cherry Creek with a location that is presently Men’s Warehouse before moving to 1st Ave (Neusteter’s/now Pura Vida) and then to Colfax Avenue. Stay in a neighborhood long enough and history truly repeats itself.