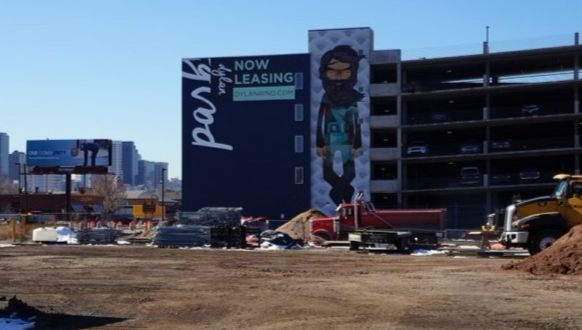 The California-based developer that purchased 4.65 acres along Brighton Boulevard in RiNo earlier this year wants to build 403 apartments at the site.

Carmel purchased the undeveloped site, which is next to apartment complex Dylan, in February for $30 million.

The previous owners of the site had announced plans for a development called DriveTrain, named after a company that previously operated at the site. Plans called for hotel, office, commercial and residential components, but the owners sold after what they characterized as a prolonged eminent domain battle with the city.

The site plan Carmel submitted to the city last week also refers to the development as DriveTrain. The company declined to comment on the submission.

There would be five floors of apartments. There also would be three levels of parking, two of which appear from the plans to be below-grade. The development would have a total of 544 parking spaces.

4240 Architecture is the project architect, according to the plans, which still need to be reviewed by the city.

Carmel has developed six apartment complexes in the Denver area, according to its website. It has sold four of them, including the 408-unit Pearl at DTC complex in May for $121.8 million.

Go back to California