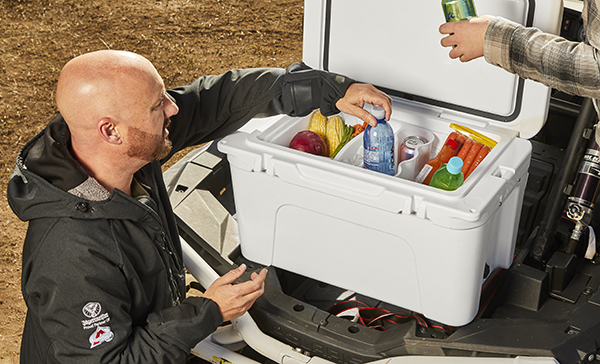 Gene Perkins (left) is trying to raise $25,000 for his cooler tray startup Joee.

A mountain excursion doesn’t have to mean soggy sandwiches.

Gene Perkins, no matter how hard he tried, couldn’t keep his food dry in his cooler on day trips he took into the mountains with his son, Caden. So he joined the cooler craze and designed a product that compartmentalizes food and keeps it dry.

“It gives you two cutting boards, it gives you a place for clean ice,” Perkins said. “You don’t have to dig out hot dog water ice and put it in your soda.”

Perkins is looking for $25,000 on Kickstarter to pay for the tooling to make the product, which he named Joee. Each unit will retail for $60.

“We wanted to maintain as much control of the company as we can,” Perkins said. “We are trying to pay for the actual tools to make Joee.’

Perkins has invested $52,000 in Joee, and has patented and trademarked the product. Joee comes with three separate compartments for food, drinks and clean ice, plus a cutting board. Perkins worked with Denver-based Link Product Development to design the cooler insert and selected Denver-based Caroba Plastics to make the product, which Perkins says fits inside at least 35 cooler models.

“One of my biggest goals was to do an all-Colorado product,” Perkins said.

Two years ago, his son spent time in a hospital for mental illness.

“I thought, ‘When this is done, I’m going to change my life …’ We started this the day he got out of the hospital.”

The pair often ventured into the mountains together to go offroading with Polaris RZRs.

“Every time we’d go do that, the food would never stay dry,” Perkins said. “We tried all kinds of different containers,” including the baskets made by cooler giant Yeti, but nothing worked.

Instead, Perkins took his container idea to product designers in Denver, including Link 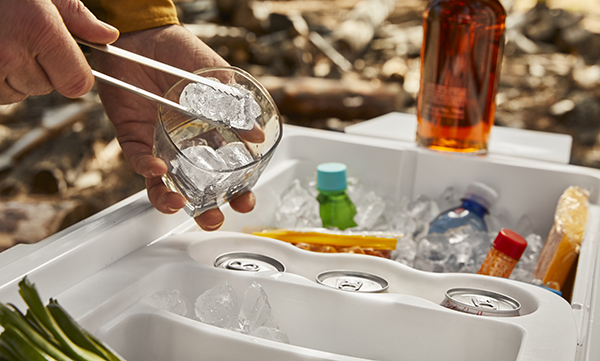 The Joee tray fits into dozens of coloer makes and models. Photos courtesy of Joee.

Gene Perkins (left) is trying to raise $25,000 for his cooler tray startup Joee.

“You don’t have to dig out hot dog water ice and put it in your soda.”

Hey Kate,
Thanks for covering great clients project! Cant wait till it hits the market, no more soggy sandwiches!

Kate, thank you so much for the article! We are so close!