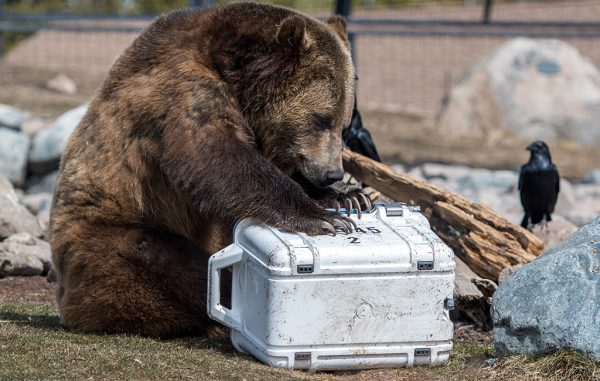 OtterBox sent the coolers to Yellowstone National Park to be field tested by grizzly bears. (OtterBox)

A second Cold War has broken out.

Fort Collins-based OtterBox, maker of protective iPhone cases, released a line of three-figure coolers, putting the homegrown Colorado darling up against Yeti and a cooler startup in Boulder called Rovr.

“At our heart, we’re an outdoor brand,” OtterBox spokeswoman Kristen Tatti said. “Coolers really made sense because it’s just a box. We felt like the outdoor industry and coolers haven’t seen innovation in a while.”

The company also announced a new line of tumblers to accompany the coolers.

OtterBox was founded by Curt Richardson in 1998 in Fort Collins, who made a waterproof and crush-proof dry box for the outdoors. When the firm’s phone cases launched it into fame five years ago, the company stopped making the dry boxes, Tatti said.

To get back to its outdoorsy roots, OtterBox released a line of Venture coolers and will reintroduce dry boxes, Tatti said. The Venture cooler, sold in three sizes of 25 quarts, 45 quarts and 65 quarts, features a pull-out tray for easy layering of food, a detachable cutting board, cup holders and a bottle opener. OtterBox claims it retains ice for 14 days.

“If a consumer is investing a lot of money into something, they want it to fit their lifestyle,” Tatti said, adding that the cooler is built for both the fisherman on a weeklong trip in the wilderness and the soccer mom with a weekend full of activities.

OtterBox tested the coolers in Yellowstone National Park, where the Interagency Grizzly Bear Committee let its bears have a go at them. The coolers passed the bear-resistance test, Tatti said.

Tatti said OtterBox would manufacture about 2,000 coolers per week at its facility in Detroit.

OtterBox employs around 900 workers in Colorado. 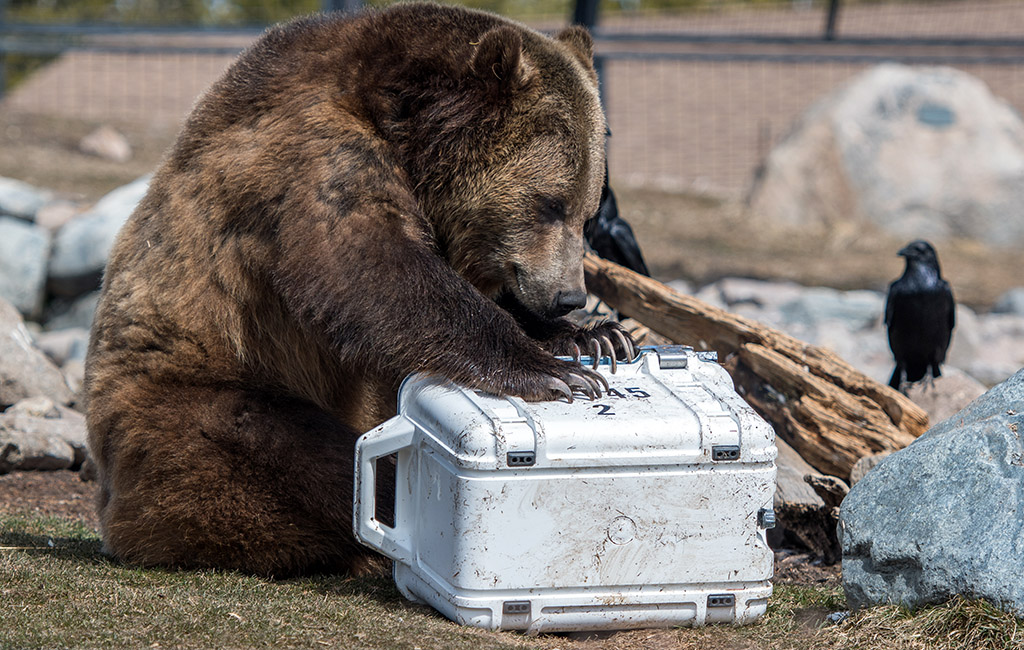 OtterBox sent the coolers to Yellowstone National Park to be field tested by grizzly bears. (OtterBox)

The cooler features a pull-out tray for easy layering of food, a detachable cutting board, cup holders and a bottle opener, and OtterBox claims it retains ice for 14 days.