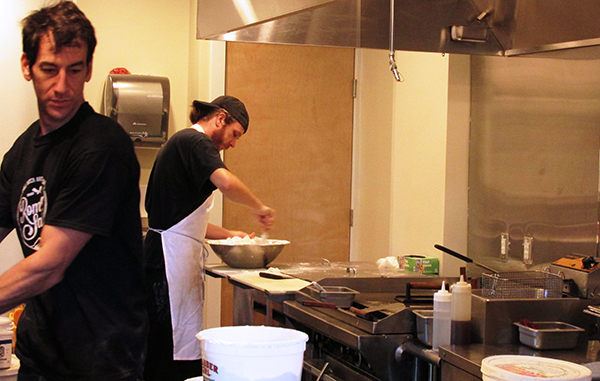 Seth Rubin has found a second home for his down-home biscuits.

The owner of Rise & Shine Biscuit Kitchen and Cafe in Sloan is opening a second outpost at 76 S. Pennsylvania St., along the same block as Carmine’s on Penn.

“It’s a great neighborhood, super walkable, lots of density around there,” said Rubin, 42. “When this opportunity came up, it seemed like a no-brainer.”

Rise & Shine is taking over the 2,040-square-foot space from Europa Coffeehouse, which Rubin said is shuttering at the end of June. He plans to open the restaurant at the end of July.

Rubin grew up in North Carolina and has a background in urban planning. He moved to Denver in 1999.

“Our focus is southern-style buttermilk biscuits,” he said. “Biscuits are something I grew up with and love, and you don’t really find them out here as easily as you do back home.”

“I think our niche and where we excel is we’ve got good coffee and food and serve both of those quickly,” he said.

He plans to staff the new location, which was funded by profits of the current restaurant, with 10 people, and hopes some of the existing Europa baristas and staff will join him.

Rise & Shine signed a five-year lease at the new location.

North Carolina native Seth Rubin has found a second home for his cafe and coffee shop.

I’m happy for those in the neighborhood who love Rise & Shine, but really disappointed to hear that Europa is closing. Not only is it a great coffee shop – both for those who live near it and others in Denver – but also one of the best spots in the city for vegans to enjoy brunch. I’ll hold out hope that Rise & Shine decides to put a vegan option on their menu for this new spot!