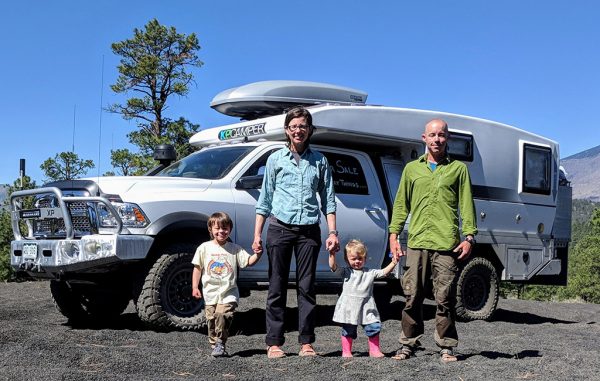 After a year motoring around the West Coast with two toddlers in a beefy truck camper, Laura and Kevin Hensley are ready to see if another road warrior wants to jump into the driver’s seat.

“We’re not really living in the camper. We’re living outside,” Kevin Hensley said. “We wake up in there, we eat breakfast outside and we go on hikes and we play with sticks and rocks. We don’t come back in the camper until nighttime.”

The couple, whose home base is now Denver, listed the rig on Craigslist for $198,000. They’re weighing a possible move overseas and toying with another camper.

“We’re just wanting to see if somebody else can enjoy the rig and go explore,” Hensley said.

Built on a 2017 Dodge Ram 3500, the camper includes an upgraded water pump and filtration system, weather seals and LED interior lighting. It also has an optional bed above the dinette.

“There’s really nothing else that compares,” Hensley said. “You have the advantage of basically a luxury vehicle … you’ve got a camper that’s essentially built like a yacht. There’s nothing that’s ever going to rot or fall apart.”

He said he chose the rig for its build quality and the fact that nothing ran off propane, plus the durable interior.

“We love that we’re self-contained and that we can go anywhere and spend a few days without needing to have any support of any kind,” Kevin said.

The Hensleys traveled up and down the West Coast, through British Columbia and all the way to Alaska. Then, the family trekked south and explored southern California, New Mexico and Arizona.

The couple bought the XPCamper from a company of the same name based in Grass Valley, California. They said they spent more than $200,000 on the vehicle, and they’ve put 30,000 miles on it.

Hensley and his wife Laura, 39, both worked at the University of Utah – Kevin in the college of engineering and Laura as a psychiatrist – and owned a couple homes in the Salt Lake City area. But after having kids and realizing they weren’t spending as much time with them, they decided to sell their homes and hit the open road.

“They were our primary reason to get out of the rat race,” Hensley said. “We were working too much and spending too much money having to (pay for daycare).”

Laura does telemedicine and works as an adjunct for the university from the road, and Kevin does online consulting. 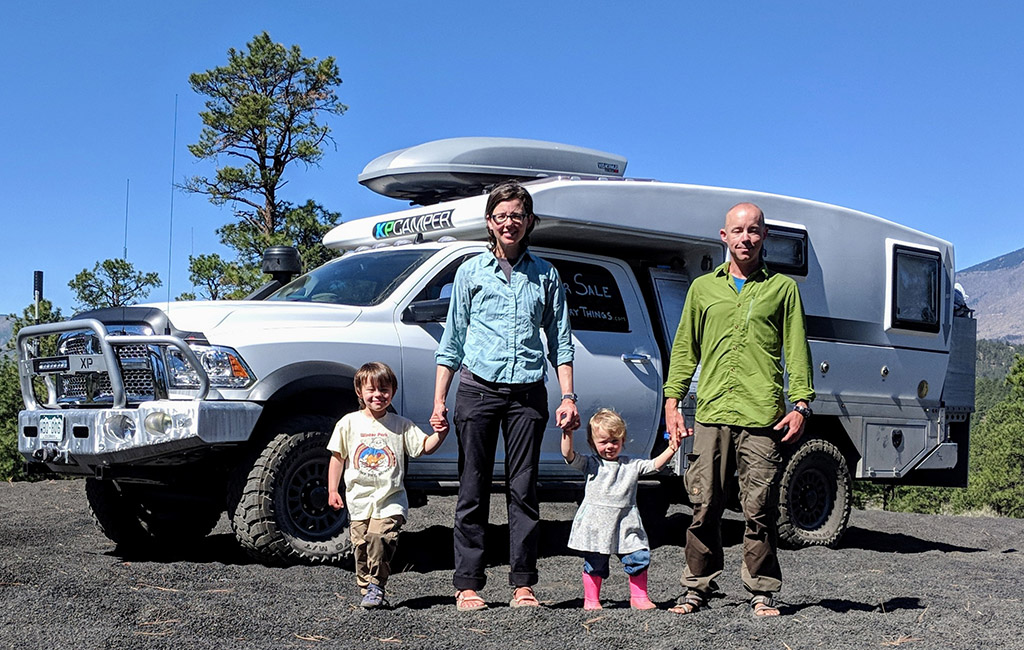 After a year motoring around the West Coast with two toddlers in a beefy truck camper, Laura and Kevin Hensley are ready to see if another road warrior wants to jump into the driver’s seat.

Bolony, no way at all have they spent that much money on camper!

You gotta be kidding me! They did NOT do their research! They could have bought a small Class A for that amount!! Hey, I have a 2010 Nissan Frontier I’d like to sell them for only $130,000–heck, I’ll even throw in a brand new Lance truck camper with two slides!
This article CANNOT be real.

“We’re just wanting to see if somebody else can enjoy the rig and go explore” — really? They don’t think they are selling it for the money?

Kellie,
Don’t follow these travelers in your class a or your Nissan, you won’t make it. And you’ll be glueing pieces of your Lance back on for a while.

Nice setup, in my opinion. Did you guys not read the last paragraph? There’s obviously a business market for these expedition vehicles, perhaps you’re not the target audience.

The XP was built to be completely self sufficient for long periods of time off-grid, on a 4×4 platform. It has a big water tank, plenty of solar and diesel appliances while also being small enough to fit in a shipping container. It’s aimed at people who want to do some serious overland travelling off-road, in difficult parts of the world . Sure you can get a small class A for that amount, but it won’t get to places that the xp can You are comparing apples and oranges.

The comments on this story are hilariously uninformed! If this was a story about a Rolex watch you all would be telling us about your awesome Timex you got at Costco!

Of course they’re selling it for the money, why are you reading a business journal if you don’t understand supply and demand?

What makes you think that? Have you looked into this type of vehicle before? Do you have the details of what’s on this rig? Have you talked to the seller or manufacturer? Or are you just guessing?