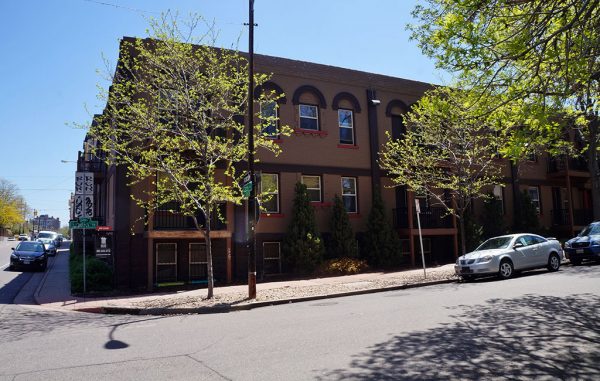 A Capitol Hill apartment building is under new ownership.

JM Logan LLC purchased Le Cirque Apartments at 1010 E. 13th Ave. in Denver on Monday for $8.2 million, or $358 per square foot, according to county records.

The LLC is managed by Jason McCool, who knows Capitol Hill and its adjacent neighborhoods well. In the past eight months, he has sold apartment buildings at 619 N. Logan St., 1756 N. Clarkson St. and 600 Pennsylvania St. for a combined $47 million.

The 13th Avenue property was sold by Chicago-based Saratoga Realty Investors, which paid $6.3 million for it in November 2013, according to records.

Pinnacle Real Estate Advisors broker Kevin Calame represented both buyer and seller. Calame said he also represented Saratoga when it bought the building, and the company told him recently it would be willing to sell given the hot market.

Calame said the 22,900-square-foot building has 13 studios, 25 one-bedrooms and seven two-bedrooms, for a total of 45 units.

The building is fully occupied. Calame said the average one-bedroom unit rents for about $1,095.

Property records show the building dates to 1904. Calame said it was renovated eight years ago, prior to Saratoga’s ownership, and that McCool intends to make further improvements.

Saratoga continues to own other properties in Denver, Calame said.

The buyer knows Capitol Hill and its adjacent neighborhoods well, having sold nearly $50 million worth of area properties in the last eight months.

Thomas, you have done a great job in covering these large sales. I know the amount of work it takes as I started my information company in 1974. You remind me of that guy in the 1970’s. Keep it rolling!