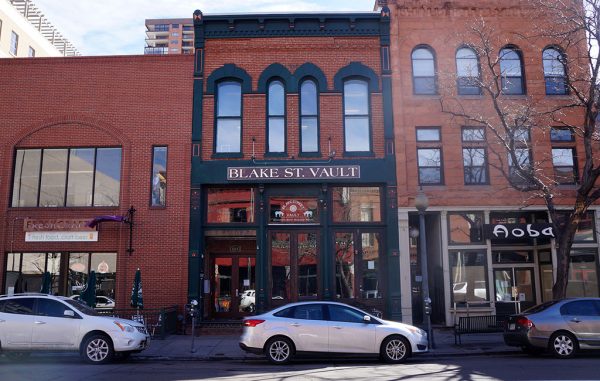 The two-story building in LoDo that housed restaurant Blake Street Vault for a decade has sold.

1526 Blake Street LLC purchased that address for $2.4 million, according to property records.

The LLC is controlled by Buzz Calkins, according to NAI Shames Makovsky broker Darrin Revious, who represented the buyer along with colleagues Ana Sandomire and Kiley Crews.

Calkins led Denver-area gas station operator Bradley Petroleum prior to the company’s early 2017 sale to an Idaho-based chain. His other real estate holdings include the Snarf’s Sandwiches building at 1290 S. Broadway.

He did not respond to a request for comment.

The Blake Street property was sold by American Costume Lofts LLC, which purchased it in February 2007 for $1 million, according to records. The company was formed by Tim Kilgannon, owner of restaurant Blake Street Vault, which closed at the start of this year.

The second floor is currently leased to dairy-free protein bar company No Cow, which previously operated as D’s Naturals.

The former restaurant space is available for lease at $33 to $35 per square foot per year.