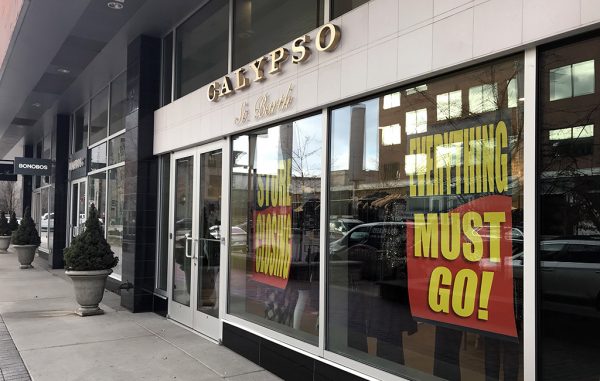 Cherry Creek will have one fewer women’s boutiques after the closure of island-inspired Calypso St. Barth.

The chain, which sells furniture and clothing, is closing at 105 Fillmore St., Suite 106, after the company filed for Chapter 7 bankruptcy in November.

Calypso St. Barth was founded in 1992 in Saint Barthelemy, a French-speaking Caribbean island with a reputation for designer shops. The company went on to open 25 stores nationwide. Denver’s location opened in 2013 to sell apparel, The Denver Post reported.

Calypso’s 16 current locations, including Denver, are undergoing the liquidation process managed by Tiger Group and Great American Group. Five locations in New York, California, South Carolina and Florida already have closed, according to Tiger Group’s website. Currently, the chain’s going-out-of-business sales are 40 to 50 percent off.

Cherry Creek’s store will close after the inventory has been sold, a Tiger Group spokesperson said.

The New York Post reported in the fall that the company was failing to pay its employees and electric bills.

This is not the first retailer to leave Cherry Creek in recent months, as Vermont-based Ibex also will close its outpost this year after a companywide liquidation. Jewelry store Vertu closed last month. 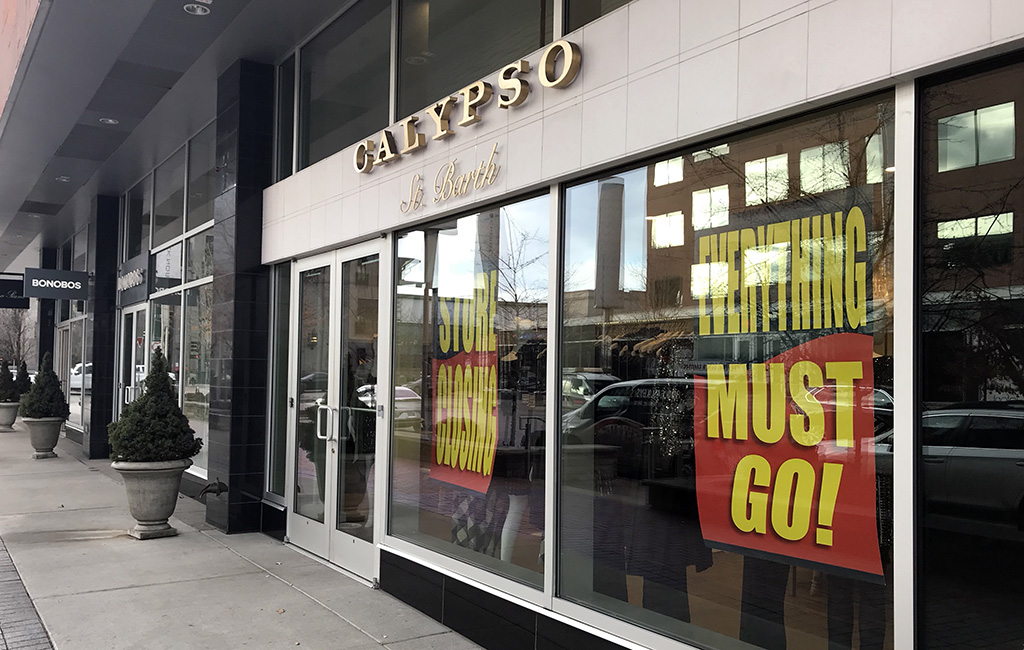 The neighborhood will have one fewer women's boutiques after the bankruptcy liquidation of an island-inspired furniture and clothing retailer.