Avery Brewing Co.: On Nov. 27, Boulder-based Avery announced a partnership with Mahou San Miguel. The company has seven breweries in Spain and one in India. Avery sold Mahou a 30 percent minority stake in the company. Mahou also owns 30 percent of Founders Brewing in Grand Rapids, Michigan. 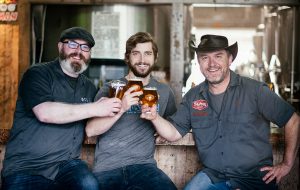 Burns Family Artisan Ales: Shortly after Wit’s End Brewing Co. moved out of its location at 2505 W. Second Ave., Burns Family Artisan Ales announced it would move in. Wit’s End is moving in with Strange Craft Beer Co. on Zuni Street. At the time, Scott Wittsoe, owner of Wit’s End, said he wanted to sublease the 2,700-square-foot space to a startup operation. The Burns family acquired the space on Dec. 1, and hopes to open in spring of 2018.

Dos Luces: The South American-inspired brewery is heading to South Broadway next year. Co-founder Judd Belstock launched an Indiegogo campaign last month to raise funds for glassware and furniture, which has raised $3,300. Belstock signed a lease on the space at 1236 S. Broadway in June.

Bonfire Brewing: The Eagle-based brewery is rolling out a new look for five of its canned beers. At the end of November, new art on the can of the Kindler Pale Ale hit shelves in Colorado liquor stores. The Kindler is the second beer from Bonfire to receive the makeover, with three more beers set to have new art in 2018.

Ska Brewing: In 2018, the Durango-based brewery is launching Token Tuesdays. For each draft beer sold, Ska will donate $1 to a charity of the customer’s choice. It will rotate the charities monthly, donating to two per month. The brewery is working with charities in the Durango area. 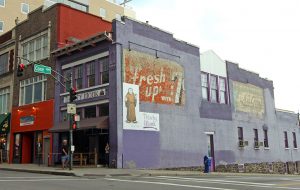 Thirsty Monk Brewery and Pub: The North Carolina brewery took over the Deep Draft Space at the end of October. Brian Grace, head brewer for the company, said he hopes to open the location in January.

Brewer’s Association: The Boulder-based nonprofit is hosting the 35th annual Craft Brewers Conference and BrewExpo America in Nashville, Tennessee starting April 30. The conference will host the World Beer Cup, which started in 1996.

Earlier this month, the Brewer’s Association also released 2017 craft beer numbers. The organization said 6,000 breweries operated in the U.S. in 2017.

Avery Brewing Co.: On Nov. 27, Boulder-based Avery announced a partnership with Mahou San Miguel. The company has seven breweries in Spain and one in India. Avery sold Mahou a 30 percent minority stake in the company. Mahou also owns 30 percent of Founders Brewing in Grand Rapids, Michigan.

A Boulder company finds a partner across the Atlantic, a newcomer plans to join South Broadway's brew scene, and the Brewer's Association announces its 2018 conference date.