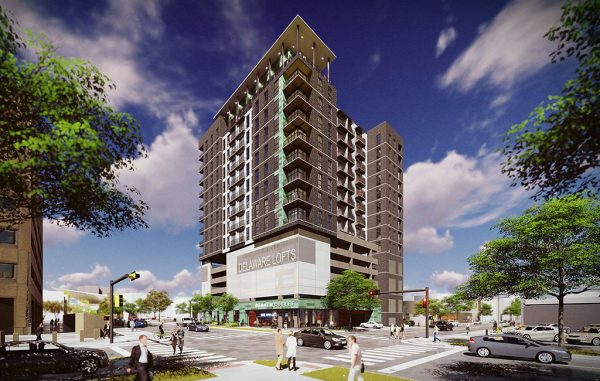 A rendering of planned apartments on 13th and Delaware streets. (Meeks + Partners)

An Austin-based developer is constructing a 14-story building on property it purchased in the Golden Triangle last year.

Argyle Residential has submitted plans to the city indicating the structure at 360 W. 13th Ave. will have 176 apartments units and 5,500 square feet of retail space.

Houston-based Meeks + Partners is the project’s architect. The firm said the apartments will range from 328-square-foot studios to 1,062-square-foot two-bedrooms, renting between $1,000 and $2,750.

The development, situated on half an acre, will have 131,200 square feet of building space, not counting a parking garage, according to site plans.

Meeks + Partners said the building is expected to open in March 2019. CFC Construction is the general contractor.

It also plans to build a 12-story apartment tower, dubbed Jefferson View, on 0.8 acres it purchased in July near Jefferson Park. 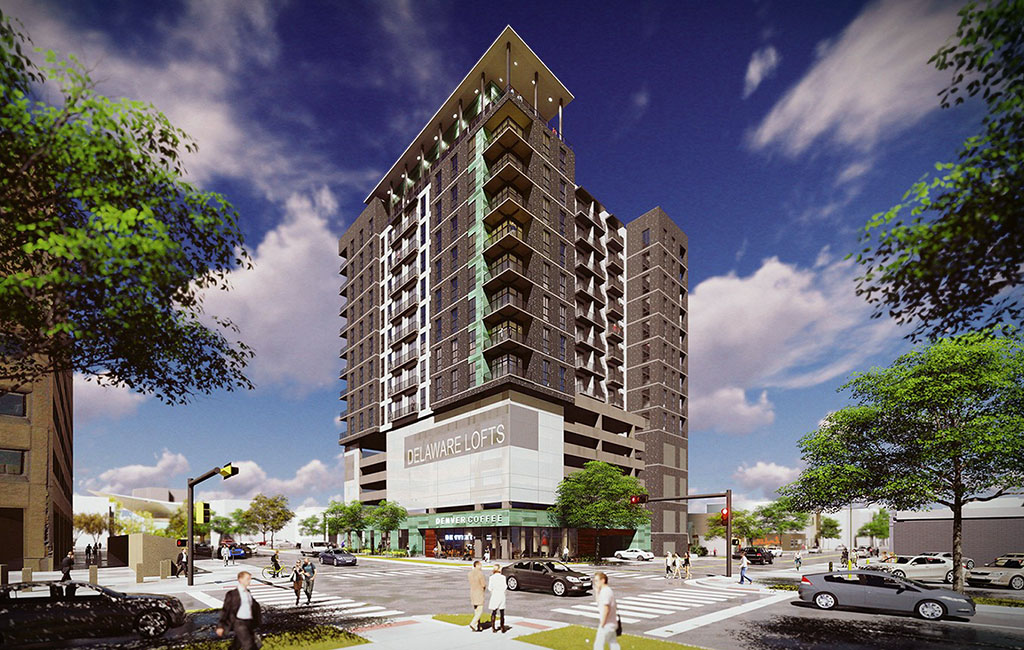 A rendering of planned apartments on 13th and Delaware streets. (Meeks + Partners)

An Austin-based developer is constructing a 14-story residential and retail structure on property it purchased last year at the corner of 13th Avenue and Delaware Street.