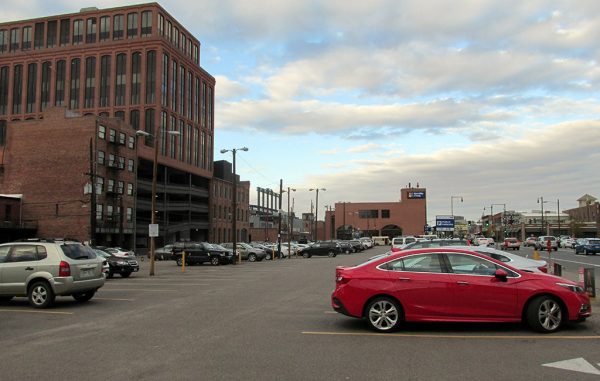 A LoDo land deal last month is in rarefied air: the $20 million-per-acre club.

Elevation Development Group last month paid $22 million for 1.15 acres between 1801 and 1899 Market St., according to property records. The lot stretches from 18th Street to 19th Street.

“It’s one of the unique sites in LoDo,” principal Brent Farber said. “There’s not a lot of opportunity where a site of this size comes available.”

That price per acre resembles a 2015 deal for an acre in Union Station that was developed into a 20-story residential tower.

Farber said the deal was an off-market transaction – the site was not formally listed for sale.

“I think a lot of people were talking, trying to open a conversation to acquire it,” he said.

The seller was Blecker LLC, which has owned the site since 1996, when it was transferred to the company from an individual trust, according to property records.

The parking lot is currently managed by LAZ Parking, according to signage at the site.

Farber said Elevation plans to develop the site for mixed use, but is still exploring possibilities. He said he didn’t have a firm timeline on when plans will materialize.

Elevation is no stranger to LoDo. The company was a co-developer on 16M, a 340,000-square-foot mixed-use building at 1560 Market St., less than half a mile away from its most recent purchase.

A land deal on Market Street last month is in rarefied air: the $20 million per acre club.