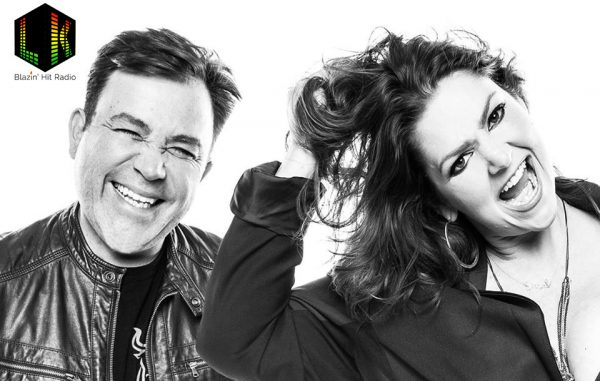 The Green Solution wants marijuana to be as mainstream as drive-time radio.

“Something that’s very difficult is trying to normalize cannabis,” he said.

The radio show is one way TGS is “trying to bridge the gap in culture,” Speidell said. The hope is that longtime fans of Ulibarri and Kathie J will tune into Blazin’ Hit Radio – not because of, or in spite of, the show’s dispensary sponsor – but to hear the hosts’ banter and a mix of hip-hop and reggae tunes.

Speidell, Ulibarri and Kathie J own the Blazin’ Hit media brand, which is separate from TGS. Speidell said TGS has invested $100,000 in building a radio and video studio inside 2785 Speer in the Highlands over the past 18 months.

“It’s a substantial investment for us, as well as (Ulibarri and Kathie J.),” Speidell said.

The show streams live via its website and on a mobile app from 5 a.m. to 10 a.m. on weekdays. Fans also can hear archived shows as a podcast.

The Green Solution has 12 stores in the state, with three more in the works. The dispensary chain recently converted its Silver Plume location into an outlet store.

In addition to a new promotional tool for TGS, Blazin’ Radio marks a new business model for Ulibarri and Kathie J.

The pair broadcast on KS 107.5 FM for 15 years. But after publicly owned radio network Entercom purchased the station at the end of 2014, Ulibarri and Kathie J. said they watched the new owner chip away at their creative freedom on the air.

Meanwhile, Ulibarri had been experimenting with another TGS-sponsored podcast, Larry Uncensored. When KS 107.5 yanked Ulibarri and Kathie J. from the lineup in April following a contract dispute, they saw part ownership of Blazin’ Radio as an alternative that would guarantee creative control.

The show also has a different revenue model. Instead of advertising in the midst of a broadcast like a conventional commercial radio station, Speidell said, Blazin’ Hit will earn revenue from online advertising and corporate sponsorships at events.

Kathie J said old fans of the KS 107.5 morning show already have been tuning in to the new station, calling the two hosts after a four-month radio hiatus. The app also expanded its audience nationwide.

Ulibarri, a Westminster native, said he was first drawn to radio as a kid, when he impersonated celebrities like Michael Jackson when he called in to request songs. He met Kathie J., who grew up in Thornton, through his husband. The duo have remained friends, both on and off air, ever since.

“It’s kind of unheard of for a show to be that successful and for the players to stay together,” Kathie J. said.

The dispensary chain, among the largest in the state, last week debuted an online morning show hosted by 15-year radio veterans Larry Ulibarri and Kathie J.