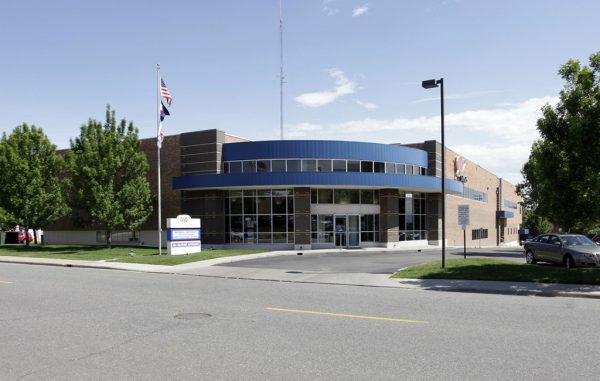 The Green Solution is planning to move into 4100 E. Arkansas Ave. (Submitted photo)

One of the biggest marijuana companies in Denver is uprooting from downtown and planting a new corporate headquarters in Virginia Village.

The Green Solution is planning to move into 4100 E. Arkansas Ave., a 63,000-square-foot office building off Colorado Boulevard, by next spring.

CEO Kyle Speidell said the company, which grows marijuana, produces infused products and operates one of the state’s largest dispensary chains, wants its headquarters to show that his company is built to last. Arkansas Avenue fits the bill, and it’s more flexible than the four floors TGS has squeezed into at 700 17th St. downtown.

“What we saw immediately in the industry (when we started) was people thinking it was not going to last forever, so they wanted to get in and out of it,” Speidell said. “We said, if we’re going to do this, it’s going to be a lifetime opportunity.”

The two-story office building in Virginia Village, currently home to AAA, was purchased by Tributary Real Estate and other equity partners July 27 for $7.3 million.

Known for RiNo redevelopment projects, Tributary previously has helped TGS find other properties. It acted as buyer’s broker and will manage renovations.

“We’ve been looking for a property for The Green Solution for over year and this property was a good fit size-wise and location-wise for what they needed,” principal Ryan Arnold said.

The buyer, 4100 Investors LLC, received a loan for $6.8 million from Mcreif SubREIT LLC in concert with the sale.

Brad Pech with RE/MAX Commercial Alliance was the listing agent for the sellers, AAA Colorado and Rocky Mountain Motorists. 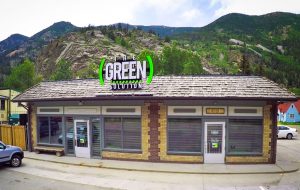 AAA will lease back the office property through the end of the year, then move to a new headquarters at 6061 S. Willow Drive in Greenwood Village.

Started in 2010, TGS is one of Colorado’s most prominent cannabis businesses.

Speidell said the company has eschewed equity financing for borrowing against the real estate it owns, a vestige of his past life as a real estate investor. He said the strategy allows TGS to borrow at better rates than seeking debt financing as a cannabis operator. Of the 25 properties where it operates, he said, the firm owns 17.

“We pay down real estate quickly and use that same real estate to reinvest in the business over time,” Speidell said.

On the cultivation side of the business, Speidell said, TGS is growing the equivalent of 7 acres of cannabis. The business just purchased a facility in southern Colorado that will allow another 23 acres of cultivation. It also operates a production and extraction facility.

TGS operates 12 stores in Colorado and plans to open five more in the next year, Speidell said.

That side of the business has been busy this year. In March, TGS unveiled plans for a dispensary on a sliver of land near Union Station. It then signed a lease on a Glendale location in May.

The new additions would give TGS 17 dispensaries in total, edging out LivWell’s 14 stores and putting it within striking distance of the 19 locations advertised by Native Roots.

Between the three sides of the business, Speidell says TGS employs 650 people.

The Green Solution is planning to move into 4100 E. Arkansas Ave. (Submitted photo)

One of the area's biggest cannabis companies is uprooting from downtown and planting a new corporate headquarters off Colorado Boulevard.