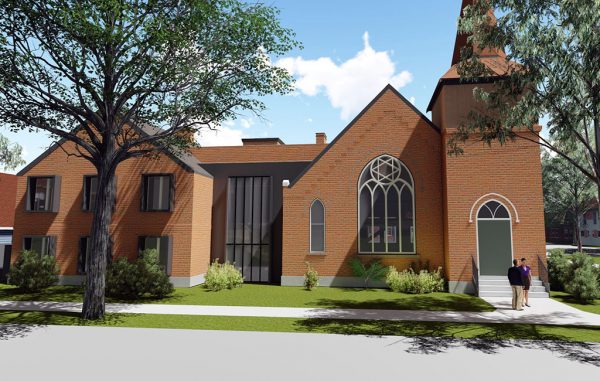 A rendering of the planned renovations at West 23rd Avenue and Irving Street. (Rugles Mabe Studio)

The church of coworking is coming to Sloan’s Lake.

NEO Development plans to redevelop a 115-year-old church on an 18,000-square-foot property into shared office space. NEO managing partner Lance Nading said the coworking space will check a box in Sloan’s Lake, much like a neighborhood restaurant or coffee shop.

“I think there’s always going to be a market for the WeWorks of the world that are huge,” he said. “But the reason that I think the neighborhood coworking spaces will have a niche in this world is because of the convenience of being well located and virtual technology that has allowed us to be so mobile.”

Nading, who is also a homebuilder, caught the coworking bug last year when he signed on to plan and manage a shared office project slated for South Pearl. But that property owner has shelved those plans and plans to resell the property.

Now Nading is taking his vision for neighborhood coworking to Sloan’s Lake. He bought the future coworking property from Merritt Memorial United Methodist Church in August last year for $700,000. 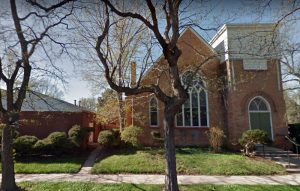 Nading is considering installing digital glass monitors around each conference room, a feature that would let clients adjust the opacity of the glass or show clients images like a logo or architectural renderings onto the glass walls. Each would cost at least $15,000, he said.

Then, Nading is looking at installing other technology perks: a fast internet connection, good cell reception and sound-dampening to make a private phone call. He said that kind of infrastructure is important to people accustomed to working in coffee shops or home offices.

“People that are working from home are really just looking for an excuse to not work from home,” said Nading. “I’m anticipating that at least 50 percent of the people that utilize the coworking space at NeoWork will ride their bicycles or walk when weather permitting.”

Nading hopes to own the coworking space long term, but will likely hire an office operator to run the business.

NEO Development will be the general contractor. Nading thinks shovels will hit the dirt in six months and hopes to finish construction within a year.

And when it does, Nading won’t be the only coworking landlord that sees an opportunity in Sloan’s Lake. Goosetail Spaces at 1525 Raleigh St. aims to open in September. 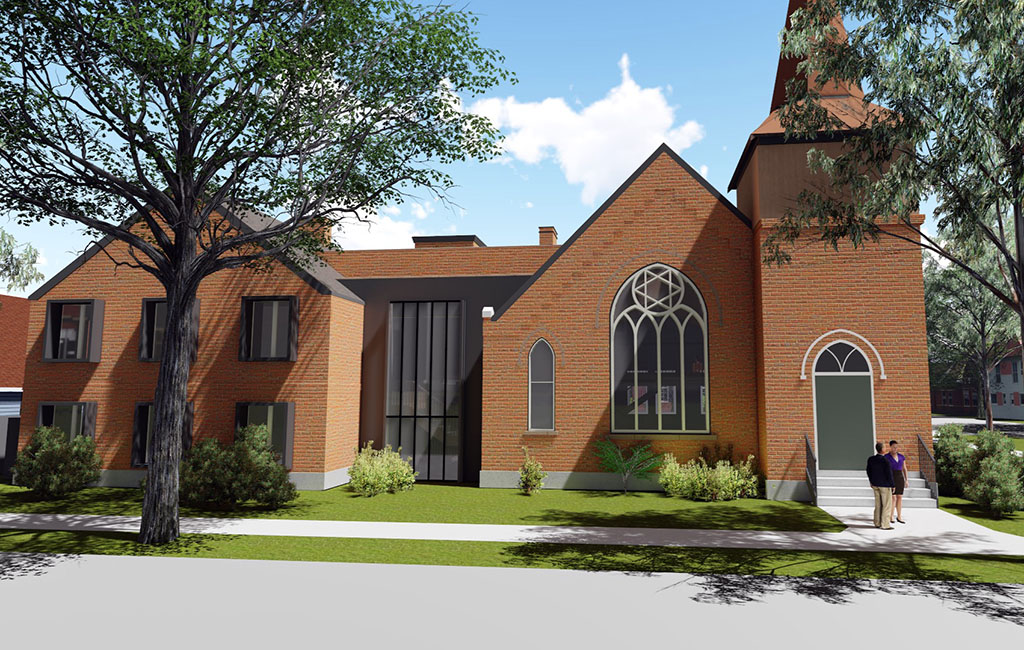 A rendering of the planned renovations at West 23rd Avenue and Irving Street. (Rugles Mabe Studio)

NEO Development plans to redevelop a 115-year-old church on an 18,000-square-foot property into shared office space, after scrapping plans for a similar concept on South Pearl Street.