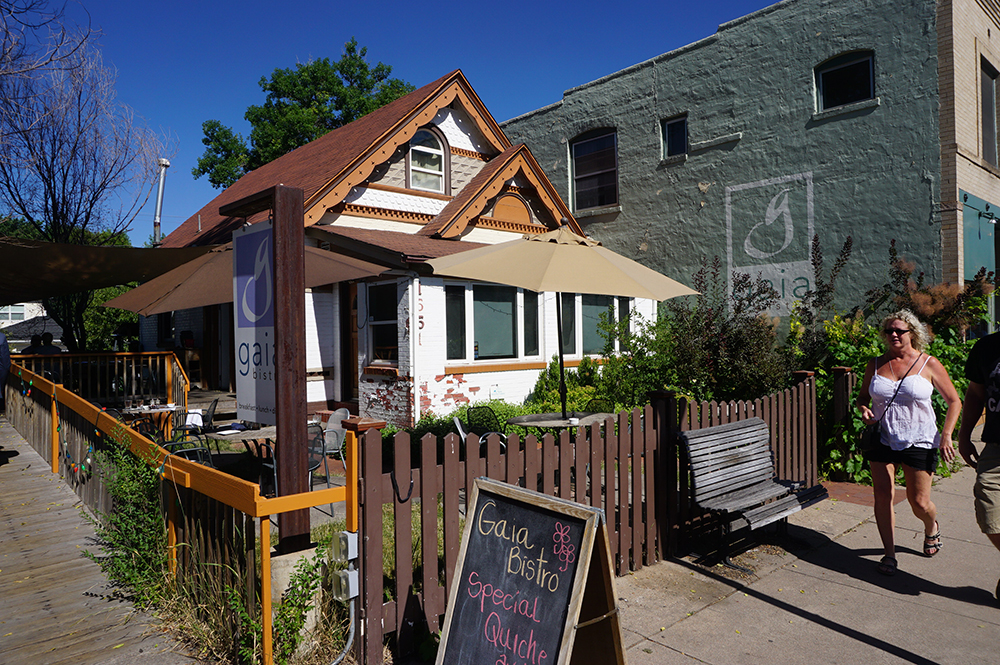 Platt Park has dodged a demolition.

Real estate broker Patrick Finney is scrapping plans to demolish two century-old buildings on South Pearl Street, which he had hoped to turn into a $6 million office and coworking development.

Finney, who runs the residential brokerage FINN Real Estate, is instead listing the former homes of Gaia Bistro and Greentree Cyclery on the 1500 block of South Pearl for $2.7 million. He bought the adjoining sites for a combined $2 million in 2015 and 2016.

“The building was slated to be demolished, and a modern, coworking space was to go up,” a Finney representative wrote in an email statement to BusinessDen. “Instead, Finney has decided to move on to another real estate opportunity.”

Finney had planned to build a two-story, 17,000-square-foot office with underground parking, reserving 2,500 square feet for his firm’s office and the remainder for coworking. Demolition was expected to begin this year.

Things did not go as planned.

Now the 9,400-square-foot assemblage is back on the market. According a post on LoopNet, the listing broker is Bradford Pech with RE/MAX Commercial.

Both properties are zoned U-MS-2, allowing for commercial or residential use and two stories maximum height.

Real estate broker Patrick Finney is scrapping plans to demolish two century-old buildings on South Pearl Street, which he had hoped to turn into a $6 million office and coworking development.

Glad to see history remain, at least temporarily. Can’t wait for Palizo to open at 1472 S. Pearl next eeek. Love that hood.

Patrick needs the money.
His business is not doing well after the negative publicity.