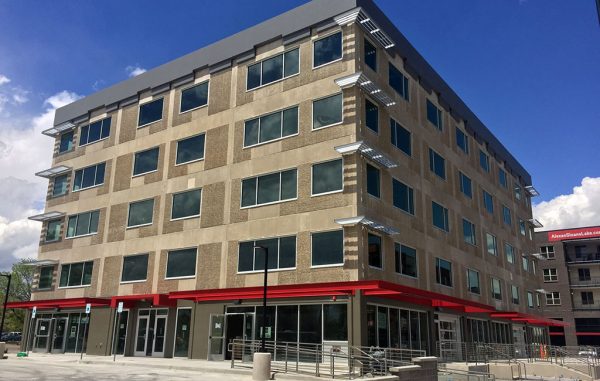 In the game of neighborhood bingo, Sloan’s Lake now can cross out the coworking box.

Goosetail Spaces, a coworking concept that operates a shared office in Louisville, has leased 10,300 square feet off of West Colfax Avenue for its second location. Co-owner Pete Fredricks said he’d like to attract tenants that want a no-frills office, not a trendy space downtown.

“The regular people, the Joe Schmoes who have a family and live in suburban areas or outside the city, they want to just (commute) five minutes and have their office,” he said. “They don’t need to feel like they’re in the hip spot. They don’t necessarily want to join the startup community.”

Goosetail will occupy the fifth floor at 1525 Raleigh St., around the corner from Alamo Drafthouse Cinema. Darrin Revious and Ana Sandomire of NAI Shames Makovsky represented the landlord, Littleton Capital Partners, which is renovating a building on the site. Chris Boston and Gregory Glass of Gibbons-White represented Goosetail in the lease transaction.

Fredricks aims to open by Sept. 1. He said Goosetail plans to invest at least $120,000 in finishes. It hired Waring Associates to design the space and is taking bids for a general contractor.

Blame the cost of office space in Boulder for bumping Fredricks into the coworking business.

The 33-year-old software developer was looking to move his company Goosetail Labs out of an expensive spot in downtown Boulder when he realized local coworking spaces wouldn’t save much money.

Then Fredricks stumbled upon the Louisville office. It was within his budget on a per-square-foot basis, but too big for Goosetail to lease on its own, so Fredricks decided to try his hand at the coworking trend. He opened the first Goosetail in March 2016.

Fredricks hopes both Goosetail locations can buck the stereotype of startup-stuffed coworking spaces. For one thing, he thinks coworking spaces oversell tenants on the value of collaborating with like-minded neighbors.

“It tends to be about everybody being there and seeing that you’re there, instead of the other benefits of the space,” he said, like sharing conference rooms and the cost of utilities. “But you go in there, it’s cramped, you put your headphones on and you just focus on your thing.”

The space will charge tenants $200 per person monthly for access to common spaces and common resources like coffee, Wi-Fi and printing, he said. Tenants can reserve a desk for an additional $200, or rent a private office for between $800 and $1,500.

A coworking concept that launched a shared office in Louisville last year has leased 10,300 square feet off of West Colfax Avenue for its second location.