The clock is ticking for one of Denver’s oldest golf courses.

The Park Hill Golf Club, an 18-hole public course founded in 1931 near Colorado Boulevard and I-70, likely will be developed into something other than a golf course after 2018.

The course is owned by the George W. Clayton Trust, which has a 20-year lease with Texas golf course operator Arcis for $700,000 a year. That deal expires at the end of 2018, said Charlotte Brantley, who manages the trust through her role as CEO of the Denver nonprofit Clayton Early Learning. Brantley said that it was “highly unlikely” that Arcis would renew, given its annual losses of about $200,000 running the golf course.

“They don’t make enough to cover the cost of the lease,” she said.

The golf course was built on pastureland owned by turn-of-the-century philanthropist George W. Clayton. And she said that her nonprofit needs closer to $1 million a year from the property to fund its mission to educate kids, especially as federal funding sources wither. 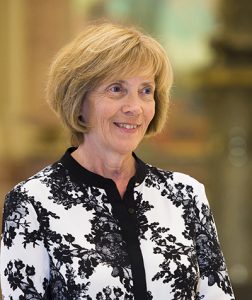 Brantley said developers come knocking on her door every few weeks, but the land is not for sale – not yet, at least. She said in March, the nonprofit started meeting with the community to see what residents might want to see on the green space. Some said it should remain a golf course.

But Brantley said she doesn’t think Arcis or another golf course operator would want to take over the land. And she said Clayton has no interest in running a golf course.

It’s hard to make money in golf. She said that part of the course, such as the irrigation system, needs to be updated, which could cost an operator millions. And the sport is losing popularity.

Clayton had the land appraised, but Brantley would not say what the 155 acres might fetch.

For a rough comparison, though: The 152-acre former Green Gables Country Club in Lakewood sold for $15.2 million in 2011. At the other extreme, developers paid $140 million for the 60-acre Elitch Gardens amusement park downtown in 2015.

Unique Properties land brokers Richard Bowler and Bob Busey said the value of the land will depend on the buyer’s redevelopment plans. With a low density of development, such as 300 single-family homes, they estimate the land would trade for $18 million to $20 million.

Bruce O’Donnell, owner of Starboard Realty Group, LLC, is consulting with Clayton on the real estate. Hel said that one corner of the parcel has drainage issues where stormwater collects. O’Donnell said that can impact the marketability and value of the land. The issue could be solved with a concrete vault that would be fenced off from the public, or an accessible green space.

As a trust, the nonprofit is restricted to using the land in a way that will benefit its mission of providing early learning to Colorado kids. The nonprofit owns a 20-acre campus at 3801 M.L.K. Jr. Blvd., a few blocks away from the golf course. Clayton has surveyed area residents and met with leaders of the Park Hill neighborhood.

“Our goal really is to move his process along pretty quickly,” she said. “We’re on a pretty fast track.”

Part of the desire for a speedy transition is financial. Clayton recently announced the closure of its Green Valley Ranch location. Brantley said there was a gap in covering costs when the preschool first opened in 2013, but that Clayton officials hoped the organization would receive more funding. That didn’t happen.

A lack of funds also has forced Clayton to contract programming. Brantley said the program had to turn away 30 students. 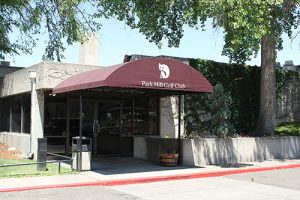 Brantley said some neighbors have suggested that the fairways be turned into parkland. But she said Clayton would be unable to get the full value of the land in order to help the nonprofit with the funds it desperately needs. While the organization is not opposed to using some of the 155-acre parcel for a public park, Brantley said that Clayton could not use the whole thing for that purpose.

“We are very sincere about balancing the needs of the community and our need for income and fulfilling the needs of Mr. Clayton’s trust,” she said. “We clearly recognize that the community desires to have some sort of open parkland. But alone … it would not generate the revenue that we need.”

The current operator is losing money, and The Clayton Trust must decide what to do with the 155 acres.

I wouldn’t be surprised if Denver City Council, Brad Buchanan and Mayor Hancock orchestrated this situation. They want the land. They want more high density housing. They want more pollution and jam-packed streets. I think the City Council members should be required to submit a monthly report listing the times they have used public transportation. They claim we should be riding bikes, buses and light rail but I believe it’s just hypocrisy. Yesterday I read about the new 350 unit apartment complex going up at Evans and Colorado Blvd. Anyone who knows that intersection, knows how bad traffic is already. What the high density crowd is doing to Denver is wiping out small businesses. Citizens of Denver will opt to do business on Amazon because just getting to a local business, 5 miles away, will take an hour.
Traffic is already a nightmare. City Council, led by the likes of Albus Brooks and MB Susman is attempting to pack and stack the population of Denver. The new style of architecture looks like ‘Motel 6 Modern’ and I
know a lot of the new units are of inferior construction. What’s going on in this city is worse than what Urban Renewal did to our areas of character in the 1980s The zoning procedure in Denver is considered one of the most corrupt in the United States.
They’ve been trying to get their hands on that property for a long time. Let’s not forget, Mayor Hancock and the zoning department have already demonstrated what they do with parkland. It’s not about Denver residents, it’s about developers giving bribes to our government. Ask the residents of Crestmoor what our City Council did to Crestmoor Park after taking ‘campaign donations’ from a developer. Denver government is obnoxious.

John, your comnent is spot on! People would look at me crazy when I said these exact words about Hancock. It’s refreshing to know I am not alone.

Your Argument makes perfect sense John. Mayor Hancock has been working to get millennials uninterested in golf for decades so that he could have this place lose $200000 a year so that 10 years down the road when he was mayor he could redevelop it. Obviously that’s what’s happening here .

You obviously know nothing of the I-70 expansion plans, or you’re a developer defending the corruption at Denver Zoning. Or just uninformed.
If you took the time to read the financials, you’d see a gross mismanagement of funds. Also, note that I said, “if it was orchestrated” – indicating a
pattern of behavior well known and recorded by
neighborhoods throughout Denver. Pay attention.

How did you get away with not posting your full name? Use your real, full name. Stand up for what you believe in, but don’t hide behind a fake name.

Great comments from all. I’m a somewhat rare Denver native, I’ve lost my city and through slip shod development of cookie cutter apartments, disappearing classic architecture, neighborhoods being swallowed up, treasured open spaces, mainly golf courses, being eliminated or “re-purposed” to serve the needs not of citizens, but all for developer greed. This is all being facilitated through city council people who serve developers and fat cats and not the citizens who elected them. It is a new American Tragedy as it is playing out in every major urban city center in America. It is being driven by the U.N.’s “Agenda 21” (pack ’em and stack ’em), not renamed “Agenda 2030, a nefarious plan to create massive urban centers to control people easier. Scary times indeed.

George Clayton who arrived in Denver in 1860 and made his fortune in real estate died in 1899 leaving most of,his,fortune to the city of Denver as the George W. Clayton Trust. The trust was to,fund an orphanage and school and also included land at 38th and Colorado and the land where the golf course is located. Per Clayton’s instructions the orphanage and school would be for Caucasian s only. A requirement that was honored for many decades before being quietly dropped. The trust administered by the city of Denver built a dairy farm, and shops for vocational training on the Park Hill,property. In 1930 the dairy farm, vocational shops,were closed down and the property leased to Robert Shearer who built,the Park Hill Golf Course. Shearer wouldn’t allow blacks to play the course although he was fine with Hispanic and Jewish golfers. He also developed the Park Hill Invitational into a tournament with a national reputation attracting celebrities including Bob Hope and Bing Crosby and the best amateur golfers in the country. The civil,rights movement of the early 1960’s caught up the club with Denver putting pressure on Shearer to change the discriminatory policies or sell the lease. He sold and the course changed hands several times over the years. In the 1970’s with the Federal government threatening to move the Denver Mint, Denver took a portion of,the Park Hill course to use in building a new mint. Never happened and that portion of the course is now a condo development. At the northwest corner. So going back 40 years the city of Denver looked at the property as a developmental opportunity. It’s also no coincidence that the City Park course is in jeopardy as is Overland Park Golf Course. Next on the hit,list will be Willis Case golf course in north Denver and Harvard Gulch in south Denver both of,which offer great opportunities for inner city high density developement.