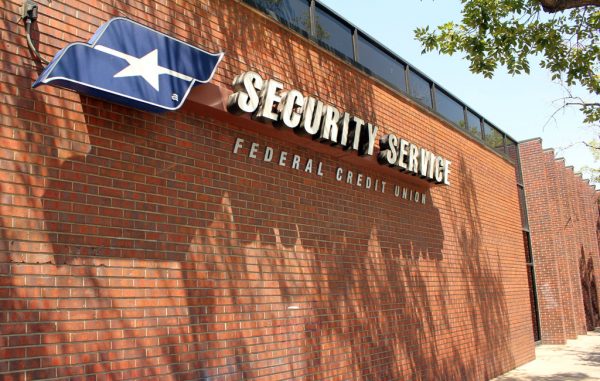 South Broadway could get up to 270 more units in a proposed residential and retail development.

Holland Partner Group says it is under contract to purchase more than 2 acres on the northwest corner of Bayaud Avenue and Broadway. The land currently houses Security Service Credit Union, which has 75-plus parking spots now used as free public parking at night.

The land is currently zoned for three stories. But Holland hopes to rezone it for five.

“We see five stories as the ability to provide room for creativity in the budget,” Elick said at the meeting. With only three stories, he said, “the economics become more challenging.”

Elick said building five stories will allow Holland to spend more money making sure the design meshes with surrounding architecture. Although the land is not in the historic district, residents at the meeting worried that the proposed building would not fit in with older brick establishments nearby. 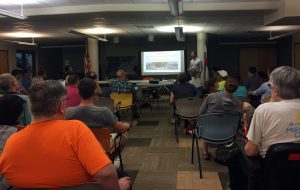 Jeff Pring, a general contractor who lives two houses away from the site, was one of 60 residents attending the meeting.

“I’m concerned with all the cheap apartment buildings that are being built too quickly. They are cheapening our neighborhood,” Pring said. “My house is 130 years old. It’s a beautiful piece of art.”

At the meeting, Elick described the possibilities for both a three- and a five-story development.

There would be ground floor retail with a mix of studios, one- and two-bedroom units, along with townhomes on the west side. Walk-up units would line the north and south edges along Archer Place and Bayaud Avenue. All units would be rentals.

“This is where my kids learn to ride their bikes,” Pring said. “If you are adding 270 apartments that’s over 300 cars, and it’s very close to us.”

If the sale goes through, Elick said the project will break ground in a year.

There are lots of other projects in the works in the neighborhood. The proposed project would join the 187-unit Alta Sobo Station popping up along South Broadway and renovations to the former First Avenue Hotel.

Holland Partner Group has been active in Denver for a decade. They have built the Mile House and The Den near the Tech Center, Union Denver and Platform near Union Station, and Line 28 in LoHi.

South Broadway could get up to 270 more housing units following Holland Partner Group's purchased of more than 2 acres.

People are complaining about too many cars being added on the largest avenue we have? I don’t get people.

A development like this is vastly needed along this part of Broadway. I agree that quality construction/materials is a worthy concern citywide. I’d hope to see the architecture reflect sensitivity for the character of the broader district. Nonetheless, anything is going to be an improvement upon the current use and aesthetic. The current building does not engage the street in any way and the large parking lot creates a total disconnect between the previous block and the next. A development like this would not only dust off this part of Broadway, but it would also help to create more flow and connectivity along the corridor.

Broadway might just be a “big avenue” for some, but for those that actually live here, it’s our neighborhood. The design, size and density of new construction matters. An ugly 5 story monstrosity of an apartment building isn’t doing anyone good in the long term.

But, this isn’t Boulder County. Nobody’s suggesting this should be open space. It’s a great spot that’s ripe for redevelopment…as long as it’s the right size and designed to meld with the historic Victorian charm seen elsewhere in the neighborhood.

Keep it 3 stories. Design it with some Victorian flair. Get some nice retail in the 1st floor. You’ll have no complaints from anyone.

5 stories would make for some nice shade on Broadway in the afternoons.

As far as the traffic concerns go, people living in the neighborhood in apartments will create less traffic than people living in the suburbs and speeding down Broadway to get home from work every day.
It’s a very walkable area with good transit. More people living there and walking around will make it safer from traffic, not more dangerous.