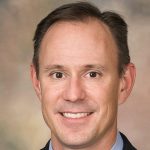 BNY Mellon Wealth Management has hired Brian O’Neil as its wealth director in its Denver office. O’Neil will work in business development for mergers and acquisitions and business succession planning. He holds an undergraduate degree from SUNY Brockport and an MBA from Regis University.

Urban Peak named Christina Carlson as CEO. Carlson is completing a turn as chief advancement officer for the Colorado Symphony and will start at Urban Peak on July 19. There she will lead the nonprofit’s staff and volunteers in working with youth at its shelters, drop-in center and supportive housing buildings.

Mile High United Way has brought on Eddie Koen as chief impact officer. Koen is chief of staff at Denver Public Schools. Previously, he was the founding regional executive director for College Track, a nonprofit that prepares underrepresented students to earn college degrees. He sits on the board of trustee at The Denver Foundation, among other board posts.

History Colorado has hired Kathleen Grummel as its director of development. Grummel comes to the state agency from Northwest Community Hospital Foundation outside of Chicago, where she also worked as development director. History Colorado appointed Steve Turner as its executive director this time last year.

The University of Colorado Denver recently announced a pair of new dean appointments.

At the College of Architecture and Planning, Nan Ellin will succeed Mark Gelernter, who has served as dean for the past 14 years. Ellin joins CU Denver after overseeing the merger of two programs into a single college at The University of Texas at Arlington.

Secondly, at the College of Engineering and Applied Science, Martin Dunn will take over as dean. Dunn comes to the college after holding an associate provost position at Singapore University of Technology and Design. Among other experience, Dunn has worked for the Boeing Company and has been a part of the faculty and administration at the University of Colorado Boulder.

Kestrel Design Group has hired Lauren Moore as its new business director. Moore moved to Colorado in 2009 to study at Johnson & Wales. Prior to Kestrel, she served as director of business development at Jordy Carter and, most recently, worked at IE Connect. 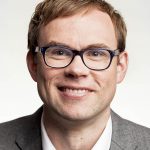 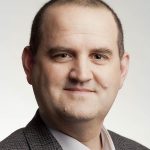 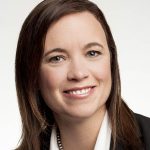 John McIntyre, now a principal with the firm, joined the Tryba as an associate in 2014. He has led design on projects like the master plan for the Denver Art Museum North Building and Denver Rock Drill.

Jeff Smith, also named principal, has been with the firm since 2006. He previously served on the Planning Commission for the City of Erie in Colorado.

Finally, Alexa Taylor has been named as associate principal. Alexa started as a project manager at Tryba in 2014 and is currently working on the design for the Buell Public Media Center in Arapahoe Square downtown. 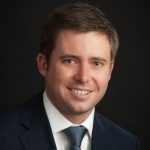 Sagebrush Cos. and Redevelopment Capital Partners hired Eric Thorsen as investment associate. Thorsen, formerly a financial analyst with Northstar Commercial Partners, will work in acquisitions, asset management and investor relations for both firms.

Ryan Schmidt has transferred  from PCL Construction’s office in Calgary to Denver. Schmidt joined the firm in 1997 and was was the construction manager overseeing the $300 million Calgary City Center office tower project. He holds a civil engineering degree from the University of Saskatchewan.

John and Yvette Putt have joined Windermere Real Estate to start its Evergreen office. Both were previously brokers with LIV Sotheby’s International Realty. Yvette will be managing broker of the Evergreen office. Windermere has opened six offices in total since moving into Colorado two and a half years ago: Fort Collins, Centennial, Aurora, Littleton, Denver and Evergreen.

Former Colorado Senator and U.S. Congressman Mark Udall has joined the board of directors at SecureSet, which trains cybersecurity professionals and operates a startup accelerator. While in the U.S. Senate, Udall sat on the Armed Services Committee and the Select Committee on Intelligence.

Stonebridge Companies’ is bringing on Jason Dorfman as general manager at its new hotel, The Jacquard, set to open early in 2018 in Cherry Creek. Dorfman studied at the University of Denver’s school of hospitality management and most recently held the G.M. post at Stonebridge’s DoubleTree by Hilton San Francisco Airport North.