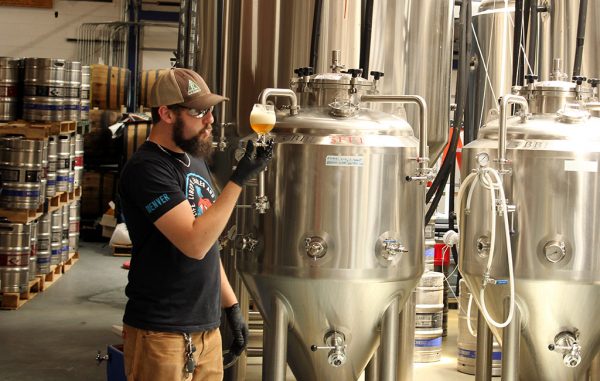 The engineers-turned-brewers at Declaration Brewing Co. are getting more room to tinker.

Declaration has added 5,000 square feet of warehouse space a five-minute drive from its brewery and taproom on Cherokee Street. The goal is to house the brewery’s beer-related experiments, as well as barrel-aged beers, can storage and a new grain-grinding setup.

Declaration is leasing the new space on South Cherokee between Louisiana and Arkansas avenues from Laws Whiskey House. Laws moved its offices to the 31,000-square-foot warehouse in May 2016. Russell Gruber of Newmark Knight Frank represented Laws.

Adding the Law’s space allows Declaration to brew 20,000 barrels of beer a year, the brewery said. With more output, it’s looking to hire more staff and to expand distribution in Wyoming. 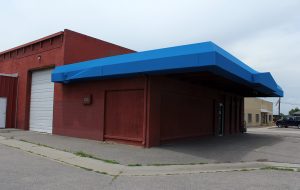 Blandford met co-founder Greg Schlichting while both men were chemical engineers at Colorado School of Mines. They launched the brewery in 2015.

And the two are still scientists at heart. Part of the production space in the brewery’s existing location, a building Declaration owns at 2030 S. Cherokee St., is a makeshift lab with beakers and microscopes reserved for cultivating about 80 strains of yeast. Blandford said making yeast in-house is faster and cheaper than buying it.

“It costs us cents on the dollar to make the yeast,” he said.

The new Laws warehouse space will be home to some of Declaration’s recent research and development projects. Blandford and Schlichting have been working with U.S. Engineering, a Westminster-based mechanical contractor, on malt research. The two also are experimenting with ways to recycle water used to make beer.

Back at the original taproom, Declaration isn’t done engineering either.

Blandford and Schlichting are adding new trees and greenery to their 5,000-square-foot patio. They also plan to knock down a fence and add 3,000 square feet of beer garden space for live music, events, and a separate dog area.

Declaration Brewing is leasing new space in a 31,000-square-foot warehouse on South Cherokee Street between Louisiana and Arkansas avenues.