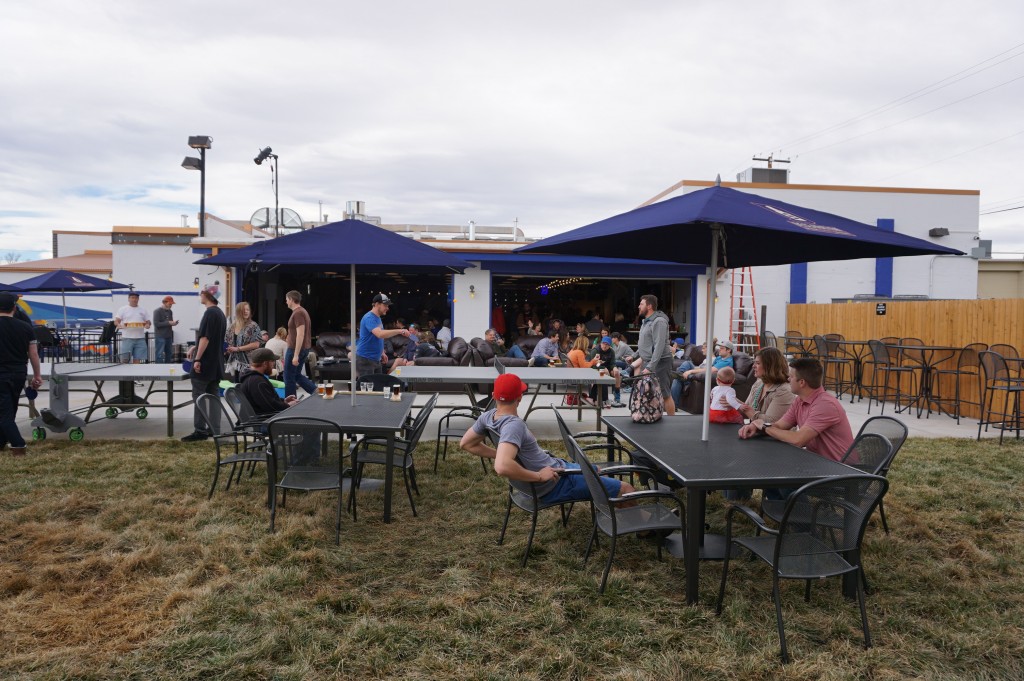 The brewery’s location is miles from Denver’s up-and-coming brewery mecca, RiNo. It’s just off Broadway’s “Green Mile,” known more for its pot stores than its breweries.

But that didn’t deter thirsty couples from attending Declaration’s opening. Dozens of beer buffs assembled in the brewery’s open-air beer garden to taste the latest in Denver’s craft brewing boom.

Declaration’s facility features a 1,600-square-foot taproom and a 4,500-square-foot outdoor patio. There are eight beers currently on tap, and the brewery hopes to expand to 40 and begin distributing around Denver in the coming months.

In addition to a 250-barrel brewing setup, the brewery will feature a number of additions unusual to startup breweries, including kegging and canning equipment and a quality control lab.

Declaration hopes to eventually perform quality control tests for other microbreweries around Colorado as well.

The brewery’s three founders all have roots at the Colorado School of Mines, where they directed the brewing laboratory.

A new brewery opened near Broadway and Evans on Valentine's Day, and with its own kegging, canning and quality control equipment, it has plans to expand quickly over the year.