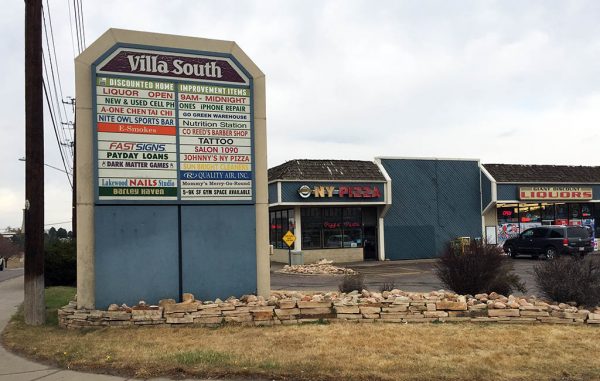 Villa South Shopping Center on the corner of Wadsworth Boulevard and Mississippi Avenue was sold for $5.5 million. (Centre Point Properties)

Hoping to raise rents after a floor-to-ceiling renovation, local real estate investors have acquired a Lakewood shopping center for $5.5 million.

“It’s one of the last retail centers that’s been falling apart and neglected that’s a value-add opportunity,” said Alan Bruno, VP at Centre Point. “That area is one of the strongest retail corridors (in metro Denver).”

Bruno thinks $2.5 million in renovations over six to eight months will help Villa South nab the kind of lease and vacancy rates the rest of the neighborhood does. 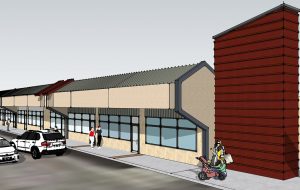 A rendering of part of the 65,000-square-foot shopping center after upgrades. (Centre Point Properties)

That includes redoing the façade and roof of the building, landscaping and parking, new HVAC, fresh signage and tenant improvements.

MasterBuild Architects is doing the redesign. Winter Ridge Builders is the general contractor.

Tanner Johnson with Axio Commercial represented the buyer and will handle leasing when the space reopens. Bruno said existing tenants, including a pizzeria and a bar, plan to renegotiate their leases and hope to invest in renovating their spaces. 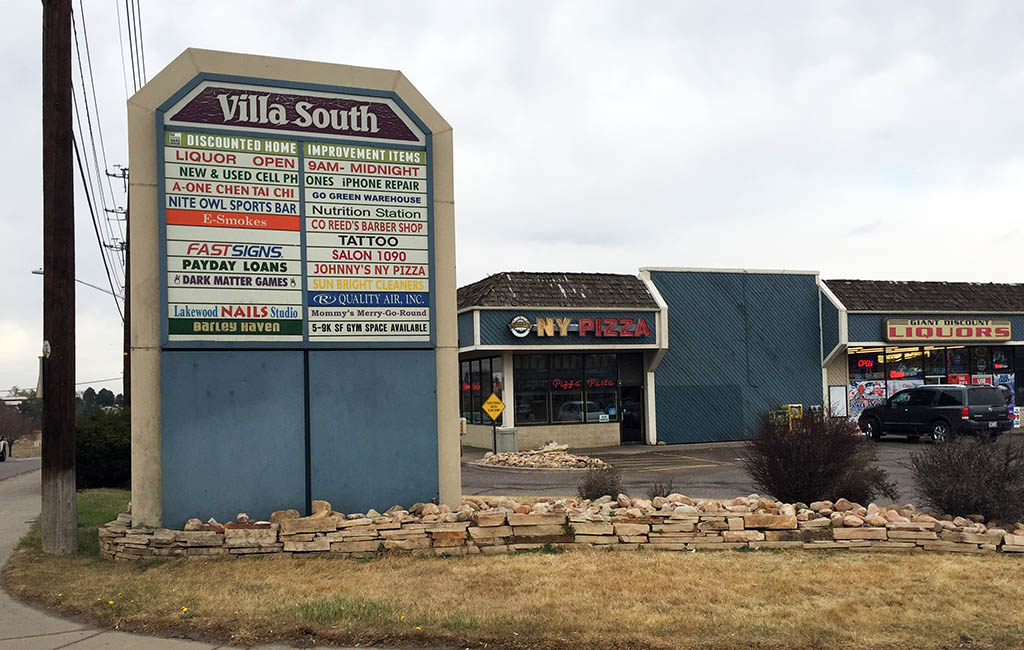 Villa South Shopping Center on the corner of Wadsworth Boulevard and Mississippi Avenue was sold for $5.5 million. (Centre Point Properties)

Hoping to double rents after a floor-to-ceiling renovation, local real estate investors have acquired a Lakewood shopping center for $5.5 million.

It is a sad day as with this news as there is zero chances Johnny’s Pizza will survive at this location. The business is already barely making ends meet and recent price increases reflect that. Hopefully the business can continue albeit at a new location that is not as convenient. Fortunately Mississippi between Wadsworth and Sheridan offers some possibilities, as does Wadsworth further north closer to the 6 freeway,

Thank you for not tearing it down for another apartment building.