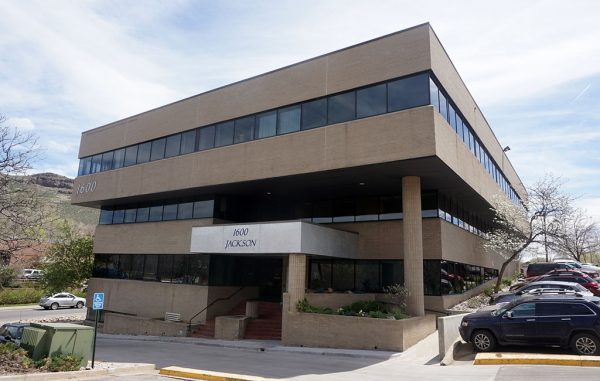 The Colorado School of Mines purchased a building at 1600 Jackson St. in Golden for $4.9 million. (Kate Tracy)

The Colorado School of Mines is adding to its Golden campus with the $5 million purchase of a 1980s office building.

The school bought the property from Pres Jackson LLC for $4.9 million on March 17, property records show.

“Space is always a prime need on campus,” said Peter Han, chief of staff for the school’s president. “Whether it’s faculty, offices or research labs or classrooms, we constantly have to find spaces for those things.”

The School of Mines currently leases space in the building for its continued education program and energy and safety program. The university will replace tenants as their leases expire with administrative offices for the school.

“It was just an opportunity that was brought to us. We were not necessarily actively seeking,” Han said. “We saw the value of having a ready-made office close to campus.”

The School of Mines has been expanding in other ways as well.

It received a $2.5 million grant in 2015 to for a new lab in the CoorsTek Center for Applied Science and Engineering. A $2 million rock collection also was donated to the school last year.

The Colorado School of Mines purchased a building at 1600 Jackson St. in Golden for $4.9 million. (Kate Tracy)

The Colorado School of Mines is adding to its Golden campus with the $5 million purchase of a 1980s office building, 10 minutes from the center of campus.