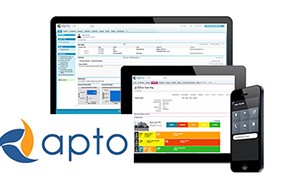 A Denver software startup with a product for commercial real estate brokers has closed a multimillion-dollar deal of its own: pulling in $6 million in fresh funding.

Apto sells a contact management system for keeping track of leads and deals, and for administrative tasks like invoicing. The company advertises a package starting at $90 per month.

Last August the startup secured its own LoDo office at 1730 Blake St. for its 65 employees after outgrowing Galvanize’s Golden Triangle office.

The company moved its headquarters from Houston to Denver in 2015.

Founded in 2012, Apto has raised nearly $9 million, according to SEC filings. Last year, it was one of 15 Colorado companies to make the Inc. 500 list, growing 2,079 percent over three years with an annual revenue of $2.2 million.