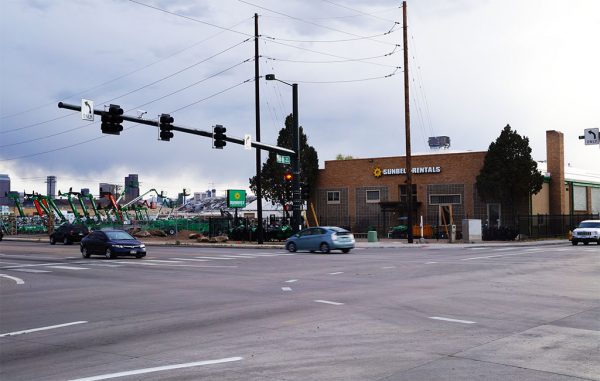 Another developer has come down with the RiNo bug.

Piedra Peak Properties, which is developing in West Wash Park and owns properties in Cherry Creek, purchased a 4-acre parcel at 40th Avenue and York Street for $5 million on March 29, city records show.

Russell Gruber and Steve Fletcher of Newmark Grubb Knight Frank listed the property. Gruber said the buyer will get immediate income from a construction equipment supplier tenant and from billboards on the property. And Piedra Peak can look forward to redevelopment spilling northeast.

“Really, what makes it attractive is that it’s on the edge of RiNo,” Gruber said. “It’s one of those markets where future developments are headed. It leaves you the opportunity to have a good development site down the road.”

The seller, G&M Trailer Repair of Colorado, collected a nine-fold return on the property, which it purchased for $550,000 in 1996.

This is at least the second deal this month on the periphery of RiNo. Ken Wolf and Ari Stutz purchased 200,000 square feet of warehouse space for $11.2 million earlier in March.

Travis McAfoos, a Piedra Peak managing partner, said the company does not have immediate plans to redevelop the site, which includes a 21,600-square-foot warehouse at 3975 York St.

“It’s close to 4 acres of land on a prominent corner in Denver,” McAfoos said. “There’s the light rail … and York Street will be a good artery into Denver.”

Piedra Peak was represented by David Leuthold of Leuthold Commercial in the transaction, which it made through PIII York Street LLC. The company secured a $3 million loan from MidFirst Bank to finance the purchase, according to city records.

McAfoos, who also is a broker with Kentro Group in Denver, started Piedra Peak in 2012. Before that, he worked on historic renovation projects, including the Patterson Inn in Capitol Hill.

Developers say they're holding off on renovations to the 4-acre site on York Street, which includes a 21,600-square-foot warehouse.

This is in Cole. This is not in RiNo. Cole is desperately trying to maintain its identity. It would be helpful if the press could report on locations accurately.

This is actually the Cole neighborhood.

I just saw your comment after I posted mine. Nice post! They do need to get it right.