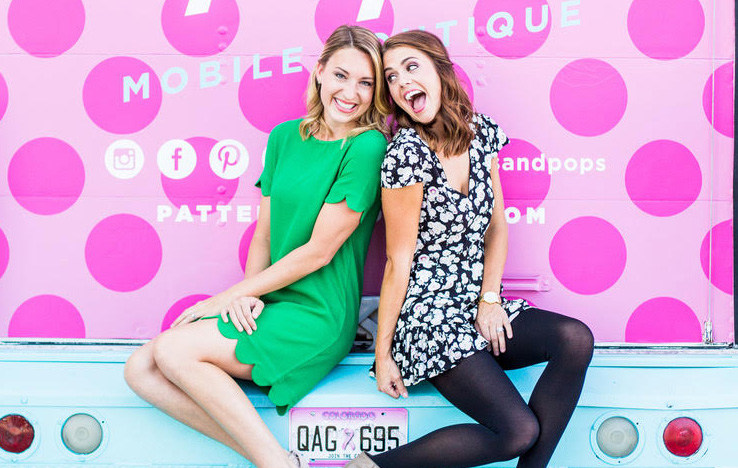 The owners of a fashion truck are rolling into their first brick-and-mortar store on Platte Street.

Lindsay Naughton, 27, and Brittany Brennan, 30, have been selling colorful womenswear out of their boutique on wheels, Patterns and Pops, since 2015. The pair said they are parking the business on Platte to take advantage of its heavy foot traffic and proximity to the Highlands and downtown.

“There is already a shopping culture on Platte,” Naughton said. “We’re hoping we can be another fun option in the mix.”

Patterns and Pops is leasing 1,000 square feet at 1620 Platte St. from Commons Park West Apartments for about $3,500 per month, Naughton said. Naughton and Brennan used capital from the fashion truck business as well as a $30,000 loan to renovate the new store. L Squared Construction is the contractor for the renovations.

Patterns and Pops will keep rolling in its fashion truck, which the owners nicknamed Patsy, after the Platte Street shop opens.

“In the summertime, the truck will be out five to six days a week,” Naughton said. 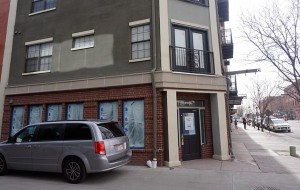 Patterns and Pops is not the only mobile truck business in Denver adding a permanent location – the Denver Fashion Truck opened a store in September in the Highlands. Judith and Joe, along with La Lovely Vintage, opened in March on Blake Street. In addition, some food trucks have also found more permanent restaurant homes, including the Cluck Truck opening in the Dive Inn last month.

Naughton and Brennan, both Colorado natives, met while working for a photography studio. Each had experience marketing other people’s boutiques, and in September 2014, the two decided to open their own online. They named it for the striking colors and patterns that have become its hallmark.

“We both always loved clothing,” Naughton said. “It was a little bit of a whim. It quickly hit the ground running.”

The women launched the fashion truck in summer 2015. The company has grown to four employees and sales of $145,000 in 2016, Naughton said. The boutique sells clothing and accessories under $100, primarily from designers in Los Angeles, Dallas and Las Vegas.

Naughton said the partners originally wanted to franchise their fashion truck business to add trucks to Denver and other cities. While that’s still part of the plan, Naughton said they had difficulties with city permits and regulations. The owners used to be able to park in public areas, but now the truck only can be on private property, Naughton said.

Naughton said she and Brennan still want to franchise the Patterns and Pops fashion trucks in warmer climates like Texas and California, as well as open more locations in Denver. In the meantime, the owners will focus on their new store.

“It’s a new experience. We’re kind of learning as we grow,” Naughton said.

The company's co-founders said they are parking the business on Platte to take advantage of its heavy foot traffic and proximity to the Highlands and downtown.

Sweet ladies! I am also a Denver native of 29 years and have just launched a Father Baby product, PapasPillows.Com. I wish you much success!