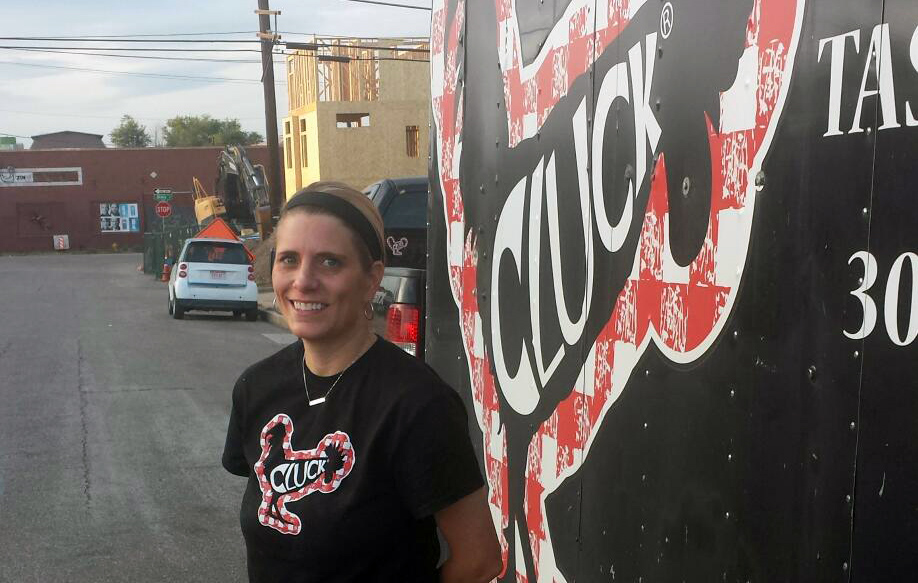 Rachael Tremaine of Cluck Truck is moving into the Dive Inn on South Broadway. (Amy DiPierro)

Just in time for Super Bowl Sunday, a Southern fried chicken operation is taking over the kitchen at the Dive Inn on South Broadway.

Instead, he’s leasing the kitchen to Rachael Tremaine, an Alabama native behind the Cluck Truck, a food truck specializing in Southern fare like chicken fingers and deep-fried mac and cheese. Her two-year lease begins on Super Bowl Sunday.

“From our perspective, we are a bar – we’re not a restaurant,” Tietjen said. “And (Tremaine) just wanted a place to call home.”

Tietjen said rising wages, a tight labor market and food costs have made it difficult for bar owners to find enough people for the kitchen. It took him four months to fill two positions at the pho joint, and he’s been disappointed by Dive Inn job applicants that failed to show up to their interview or their first shift.

Plus, the margins on bar food are tight. Tietjen said he grossed $108,000 on the Dive Inn food menu last year. But after payroll, ingredients and other costs, he says the food operation “didn’t make a penny” so long as he kept prices low.

“You can’t make any money running a restaurant until you pass those costs onto the consumer,” he said. 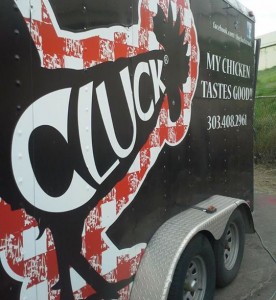 Tietjen suspects other bars will switch to the same business model in coming years, especially as large food service companies and the state raise minimum wages. Meanwhile, Denver cooks and restaurant owners have been willing to lease space inside of existing food and drink setups, he said.

Tremaine’s Cluck Truck menu is built around Southern favorites like breaded chicken sandwiches with dipping sauces and Texas toast slathered with garlic butter. After 10 years working in sales for the beverage industry, Tremaine took off six months to attend culinary school at the Art Institute of Colorado, and started the Cluck Truck in 2013.

For three years, the 41-year-old has trotted out the truck to breweries like Copper Kettle in southeast Denver and Epic in RiNo. But having a brick-and-mortar shop has long been a dream, she said, and moving into Dive Inn will save her the startup costs of outfitting her own restaurant.

“It’s already an established business, it’s a very popular business and everybody knows it,” said Tremaine, who is in the process of selling her food truck.

Tremaine and Tietjen are still figuring out kitchen hours. To start, Tremaine and a fellow cook will be working the fryers for dinner Monday through Thursday and all day – 11 a.m. to 12 a.m. – on weekends.

Rachael Tremaine of Cluck Truck is moving into the Dive Inn on South Broadway. (Amy DiPierro)

Just in time for Super Bowl Sunday, a Southern fried chicken operation is taking over the kitchen at the Dive Inn on South Broadway.