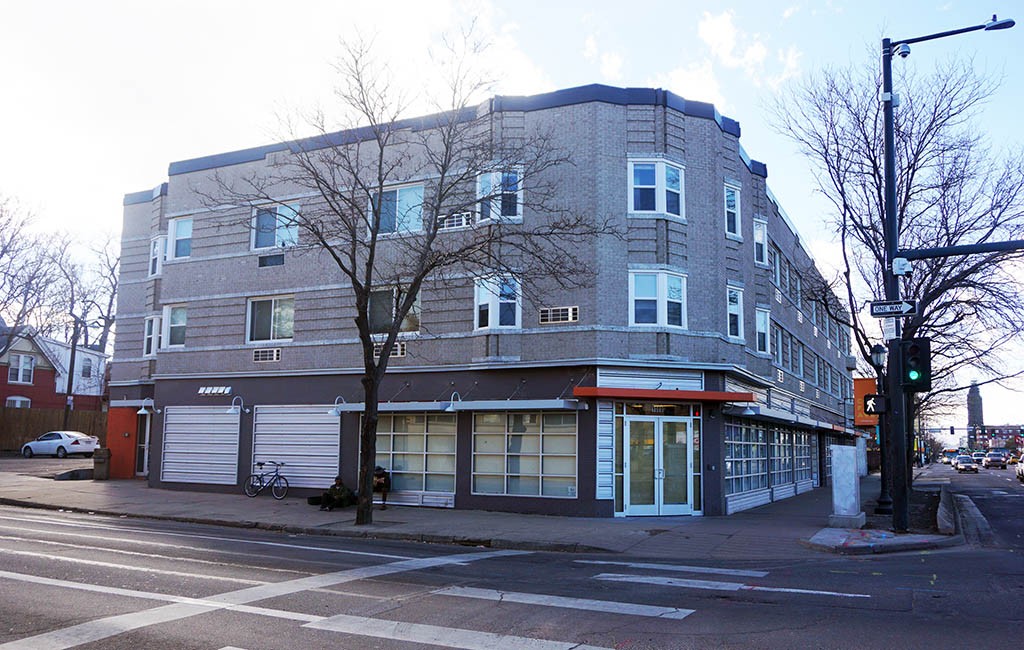 It’s a change of course from the company’s original plan to collect rent on the existing apartments while putting up another building next door.

“Our initial plan was to redevelop the existing parking lot,” said Tim Bertoch, Consolidated Investment Group’s vice president. “And then as we got into the design process and looked at the scale of the project, we considered expanding to the full site.”

At the time, Consolidated asset manager Chris Winn told BusinessDen their idea was to build an eight-story, 140-unit apartment building in the parking lot.

But Bertoch said that over the last few years the building’s retail tenants, which once included a Subway and a dentist’s office, started to drop off. And Consolidated Investment Group started looking at the former laundromat building, and not just the undeveloped lot.

“The other thing was that the existing building, with the way it was configured the retail uses in there had failed. The tenants that were there closed their businesses and moved out,” Bertoch said. “So there was just an opportunity to look at the entire site and do something more impactful, more dynamic at a scale that would really activate the street.”

Historic Denver pushed to keep the laundromat building. Bertoch said other neighbors weren’t as interested in saving it.

“The neighborhood groups most closely proximate to the project were very supportive of our plan to redevelop the entire site,” he said. “Frankly, they saw the building as an eyesore.”

Bertoch said the building will have about 184 apartments, with the unit mix likely weighted towards smaller studios and one-bedroom units.

Bertoch said they’re still working through building design right now and are probably six or eight months away from getting a demolition permit. The project will take about two years to build. Davis Partnership is designing the building, but Consolidated does not yet have a contractor signed on.

Fond memories of doing my laundry there.