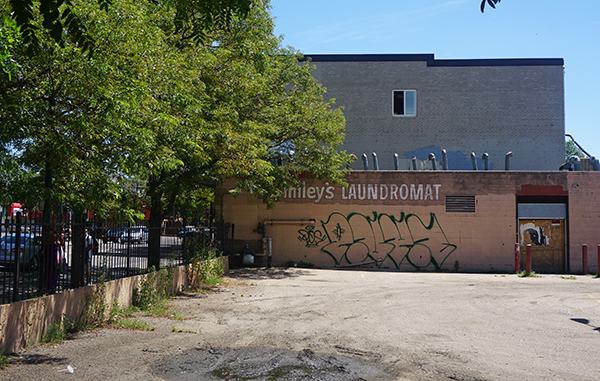 A Denver developer this month bought itself a Capitol Hill apartment building with a lot next door that came with a full set of plans.

Consolidated Investment Group bought a 28-apartment building at Colfax and Downing and a development site next door with room for another 140 units. The entire 1-acre package sold for $9.3 million, according to city records.

“The Colfax corridor is seeing a lot of transition – new investments, new restaurant concepts and a lot of regeneration in interest,” said Chris Winn, Consolidated’s asset manager. “We see only good things to come.”

Slipstream also got a plan for a five-story, 75-unit apartment project approved for the land immediately west of the building. Current zoning on the property allows for eight floors. But Winn said Consolidated plans to build up to the eight-story limit for about 140 apartments. He declined to say what the project would cost to build. 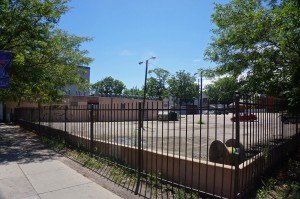 Consolidated plans to build 140 apartments on the empty site.

Most of apartments, Winn said, will be one-bedroom units with a few studios and some two-bedrooms. With more than two years before the building is scheduled to open, he could not estimate what the rooms would rent for.

“The area is big with millennials, so the 25- to 35-year-old group is probably our target,” he said. “But you do see some older tenants in the building next door, so I wouldn’t be surprised if we have a few older renters, as well.”

Winn said the project will include about 6,000 to 8,000 square feet of street-level retail. Consolidated is about a year away from breaking ground, he said, and the project should take another 12 or 15 months to build.

Slipstream put its East Colfax portfolio up for sale in February and listed the property with ARA Newmark. At the time, Slipstream was willing to sell the finished apartment building and the developable land separately or together.

ARA broker Andy Hellman said the property drew a few offers at about the same price. Consolidated won the day, he said, because it offered all cash with a quick close. Hellman said virtually all of the offering’s suitors wanted both the 28-unit building and the land.

“There were no groups that were just looking at taking the existing improvements knowing the plan called for another 100 to 170 units next door,” he said. “The existing improvement was also great cash flow, so developers liked it even if they typically don’t do acquisitions and only do ground-up development.”

The acquisition will make three apartment holdings for Consolidated Investment Group. The Denver-based firm also owns the Charleston Apartments at 14th and Corona and the Geraldine building farther down the street at 1336 Corona St.

Colfax and Corona will be the first apartment building Consolidated has built from the ground up in Capitol Hill.

“We know the area well and it continues to be one of the best apartment submarkets in Denver,” Winn said. “We thought it was a good fit, right in our backyard and in an area we were familiar with.”