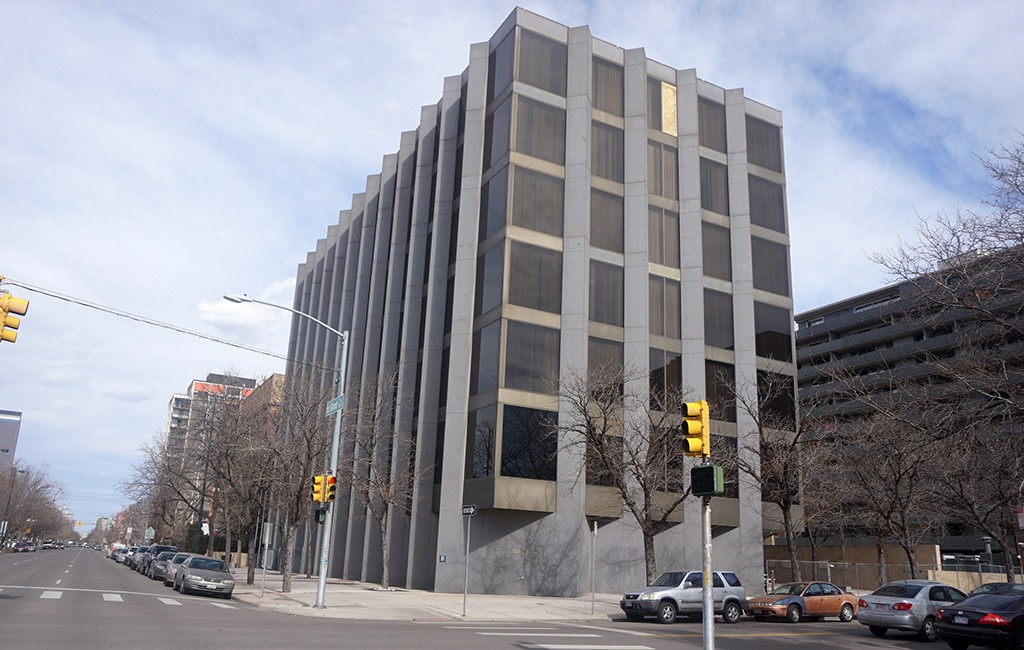 The former DPS Administration building at Ninth Avenue and Grant Street in Capitol Hill will be converted into a self-storage facility. (Burl Rolett)

A vacant Denver Public Schools building could soon fill back up with skis, bikes, furniture and whatever else nearby Cap Hill renters can’t fit in their studio apartments.

VanWest Partners, along with Baron Properties and Haselden Construction, is converting a former DPS Administration building at Ninth Avenue and Grant Street in Capitol Hill into a new self-storage facility with ground-floor retail.

“Denver is one of the more underserved storage markets,” VanWest principal Jacob Vanderslice said. “There are a lot of new projects under development now that weren’t in the pipeline a couple years ago, but self-storage is very localized, and we’re confident we can capture our neighborhood level demographic.”

An entity registered to Ed Haselden bought the DPS building in 2013 for $2.68 million, according to Denver city records. Vanderslice said the plan wasn’t always to build storage. They looked at renovating it for more office space or apartments.

The LLC they bought the building under is 900 Grant Apts LLC. 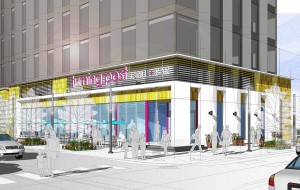 A rendering of the planned storage site above ground-floor retail. (Courtesy VanWest Partners)

Wade Buxton, another principal with VanWest Partners, said it will take heavy work to turn the building into a storage facility. Construction crews will have to wrap some of the structural pieces in carbon fiber to make sure it can hold up when renters start moving in their stuff.

“It is relatively expensive,” Buxton said. “The biggest factor is bringing the floor loads up to what’s required for storage.”

The DPS building is one of three new storage buildings the companies are working on together.

VanWest will build new storage facilities at 39th Avenue and Steele Street and at 2249 Champa St. All told, the new projects will add about 234,000 square feet of storage space.

The team plans on selling storage units as small as a school locker. Vanderslice said most of the units measure between 5 by 5 feet and 10 by 10 feet. Monthly rent will run between $1.5 per square foot and $3 per square foot.

The Grant Street and Champa Street buildings also will have first floor retail space. Vanderslice estimated those storefronts would lease at about $30 per square foot per year.

VanWest has broken ground on the site at Park Avenue and Champa Street. Vanderslice expects that Arapahoe Square facility will open by the end of 2017.

“We love the story of what’s happening in Arapahoe Square right now; all of the multifamily development is very attractive,” he said. “The traffic counts are great and we like the proximity to downtown.”

Galloway & Co., Inc. is the architect on all three storage facilities. Haselden Construction is the general contractor for the Steele Street and Grant Street builds. Waner Construction is heading up construction at the Champa Street site.

VanWest’s recent work in Denver has been primarily in retail real estate development. The company renovated Five Points Plaza in recent years, and has another retail renovation in the works at 22nd and California streets in Five Points.

The Grant Street, Steele Street and Champa Street deals will be the first self-storage spots VanWest has built in Colorado.

The former DPS Administration building at Ninth Avenue and Grant Street in Capitol Hill will be converted into a self-storage facility. (Burl Rolett)

A vacant Denver Public Schools building could soon fill back up with skis, bikes, furniture and whatever else nearby Cap Hill renters can't fit in their studio apartments.

Former home of irrelevant DPS stuff morphs into warehouse for other people’s stuff! Demolish & create a community garden. Taxpayers own it.