A 27-year-old buyer bought the ski hill in October for $3.8 million.

After tumbling through bankruptcy and an ownership change last year, Echo Mountain got the lifts turning and welcomed its first skiers of the season this month.

The ski area, 20 minutes outside Idaho Springs and less than an hour from Denver, took its first guests up its lone three-person lift on Jan. 10. Echo is hoping to stand out from other Colorado resorts with its proximity to Denver and relatively inexpensive lift tickets.

Fred Klaas, general manager of the resort, said the mountain’s customers have so far been an eclectic group. Some visitors have told him they turned off before the Eisenhower Tunnel because they were fed up with traffic. Others are locals from Evergreen, Idaho Springs, Golden and Lakewood. Still others are people from out of town who wanted a quick Colorado mountain experience, but did not care to drive or stay the night to ski outside of Denver.

“There are a number of folks who come up to try skiing for the first time,” Klaas said.

Most skiers visit Echo for a half day in the morning or a few quick turns after work or school.

“With that turnover of customers, we’ve had relatively no lift lines,” Klaas said.

While customers can buy passes at lower rates than most Colorado ski resorts, the prices have changed from previous owners. In 2015, BusinessDen reported Echo offered families of four a season pass for $425. Echo now offers the same four-person pass for $549. One-day tickets run about $50.

“The price point has changed because everyone is trying to figure out what works, and what makes sense,” said Klaas. “We set the price point based on our analysis of the competitive landscape and the operation we’re running.”

Echo Mountain filed for bankruptcy last February after its then-owner Nora Pykkonen fell behind on the loan she used to buy the mountain in 2012. Peter Burwell, a University of Denver alum, bought the ski area for about $4 million in October. Echo was open last year, and operated as a private ski hill a few years prior to that.

Echo Mountain has more than 30 employees, managing 60 acres of skiable terrain with three groomed runs open now. It also features a small terrain park with rails and boxes, as well as two snow machines. The mountain has no plans to expand beyond one lift at this time, Klaas said.

Klaas said Echo Mountain’s ski-rental business launched last week, while the finishing touches to the kitchen and bar at the lodge will be complete in a couple weeks.

“The experience we’re trying to create here is really unique,” said Klaas. “People love our staff, they love the small-town feel…they love the familiar aspects that they get here.”

Echo Mountain’s lift starts at 11 a.m. Tuesday through Friday, and 9 a.m. on weekends. The mountain does not have a set closing day for the 2017 season.

“So much of it depends on snow,” said Klaas. “We are on private property, so we do not have to close by a specific date.” 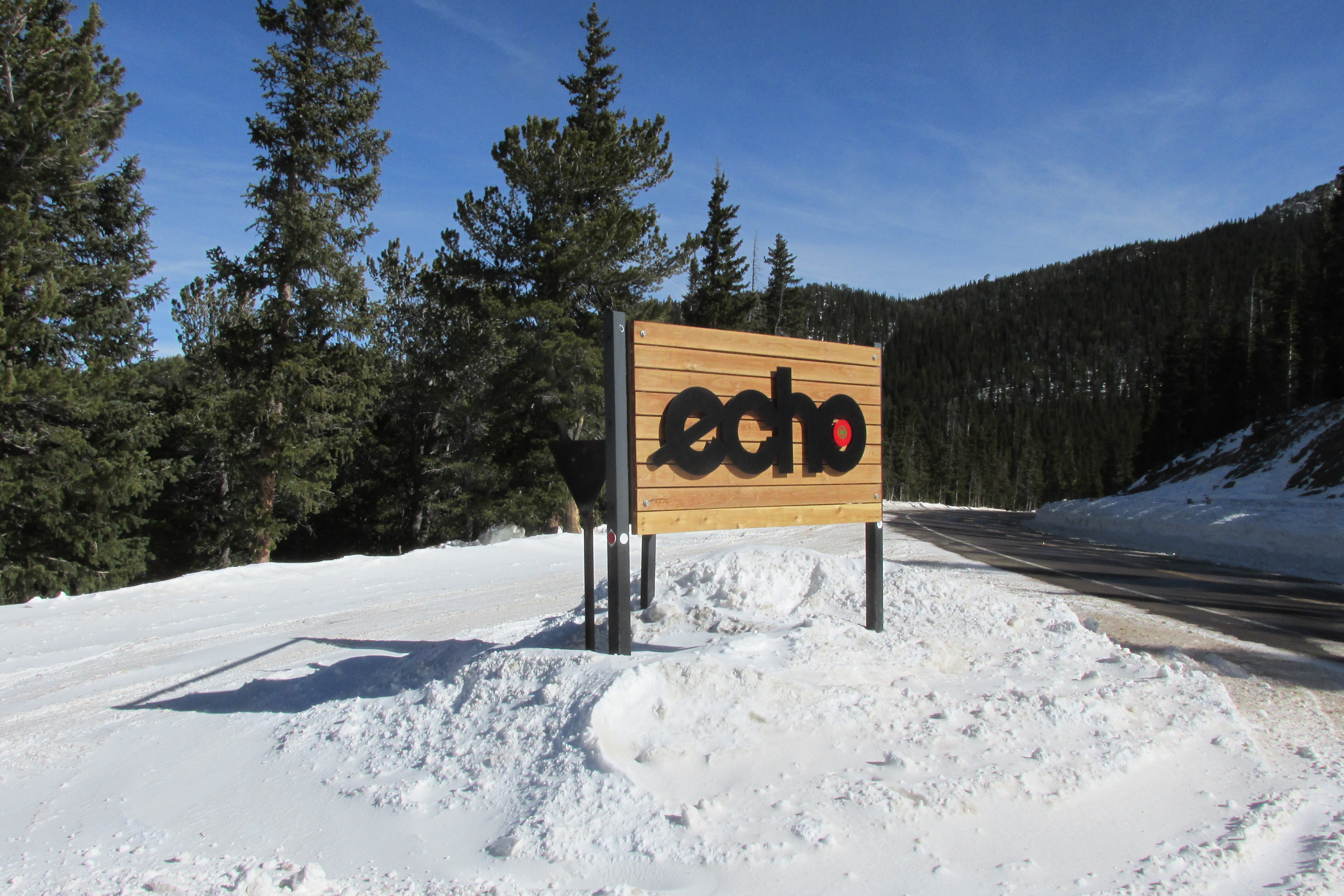