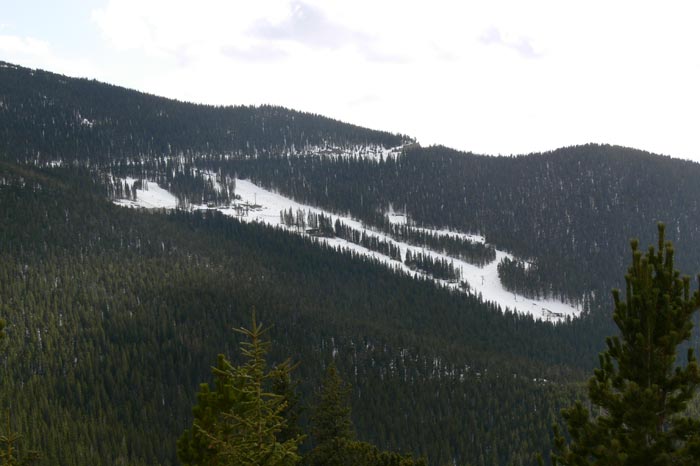 Clear Creek County’s Echo Mountain will fire up its snow guns this week as the mountain prepares to open to the public for the first time since 2012. The mountain is hoping to catch business from Denver skiers that don’t want to drive to Summit County or farther to catch a few runs.

“What (owner Nora Pykkonen) found was that we were underutilizing the mountain,” Echo spokesman Jace Wirth said. “The resort is only 45 minutes away from Denver, and so many Front Range families have expressed a desire to go skiing without the I-70 headache.”

Echo Mountain has run as a training facility for ski racers for the least three years. It’ll still cater to racers – the Swiss and Korean national teams will both hit the slopes at Echo prior to the mountain’s public opening, Wirth said – but this is the first year Echo will let the public ski and ride since Pykkonen bought the property in 2012. 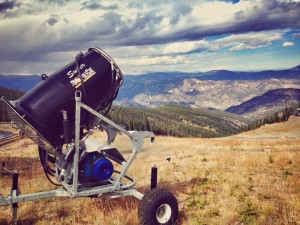 Wirth said the mountain is expecting to see about 32,000 skier visits during its Dec. 10 to April 15 season. But Echo based its estimates on numbers from the last time the mountain was open to the public, so Wirth said that number could go higher.

The company has had to improve its infrastructure to get ready for the public, Wirth said.

“We’ve improved a lot of our snow making – we just added another machine the other day,” he said. “We’ve been working on improving the lighting and there’s been some pretty significant renovations to the lodge and restaurants.”

Echo Mountain can add renovations and open new terrain much easier than most Colorado resorts. The ski area is built entirely on private land that Pykkonen owns, meaning the company doesn’t need to go through the Forest Service’s approval process to make changes or add infrastructure.

“We’ve only developed about 40 skiable acres out of 227 acres, all of which is private,” Wirth said. “For year two or three, we’re looking at adding significant skiable acreage to the mountain. We can do that pretty quickly.”

The mountain’s target demographic is families, Wirth said. Echo is offering family passes for $425, which allows access for four skiers for the entire season.

Wirth said Echo is considering allowing organizations to rent out the mountain for 200- or 300-person private events, as well.

Echo is currently building up its staff to prepare for the ski season. Wirth said the company will employ between 20 and 30 staffers this season, most of whom will be ski teachers and coaches.

Pykkonen bought the Echo Mountain real estate for $1.5 million in 2012, according to the Clear Creek County assessor. It reaches 10,650 feet at its peak with a vertical rise of 600 feet. It has 13 runs – three greens, six blues and four blacks – and three lifts.