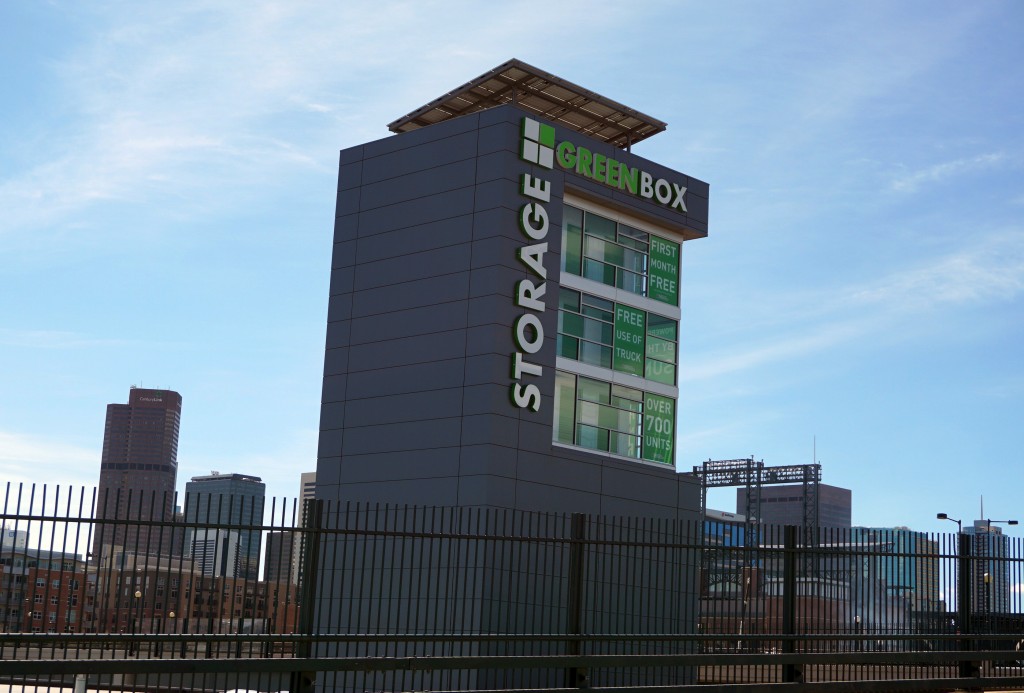 Focus Property Group has submitted a development plan for a new Greenbox Self Storage facility at the former site of the now-demolished Dillon Dairy at Leetsdale Drive and Holly Street. The proposed three-story building would make at least five Greenboxes either open or in the works around town.

The drawings, submitted last month, show a 143,000-square-foot building at the western end of a 4.4-acre lot along Leetsdale Drive. As planned, the Greenbox would have three stories with a walkout basement. Those plans have yet to be approved.

The development plan Focus Property Group has submitted would take up less than half of the company’s Leetsdale acreage. The site’s eastern end, which stretches to the corner of Leetsdale Drive and Holly Street, would not be included in the Greenbox development.

Greenbox is an urban storage brand with three operating locations in Denver: on Brighton Boulevard, near Coors Field and farther south on South Santa Fe Drive. Focus Property Group is also working on another Greenbox location at the former Rockies Inn at Evans Avenue and Interstate 25.

The Leetsdale Drive “corridor” is quickly turning into a diagonal Colorado Boulevard. Cars packed bumper to bumper giving drivers no other option than to cut through residential neighborhoods to reach their destinations. Denver City Council has embraced this madness. They make corrupt deals with developers to stack and pack density that creates more congestion. Councilwoman Susman is a case in point. Her record in her district is an example of collusion, dishonesty, greed and duplicitous agreements between herself and developers. She takes bribes that she calls campaign donations. She defends it with some quote from LBJ that politicians should feel free to take kickbacks. Whatever Greenbox wants to do, Susman will vote yes.
Take a close look at what she’s done to the Crestmoor neighborhood. She’ll go down in Denver history as the leader of a movement to destroy Denver’s character in a manner not unlike the urban development of the 70s and 80s. Character be damned! Susman wants more traffic and an overwhelmed infrastructure. In time, Denver retail businesses will suffer. Traffic has become so bad because of bad zoning and poor planning that before long people will just start shopping on Amazon. If it takes two hours to get somewhere on poorly maintained, accident ridden streets with the currently ubiquitous water main breaks – why bother shopping local? Too much hassle. Greenbox is just more of the same. Growth for the sake of growth without any planned result.