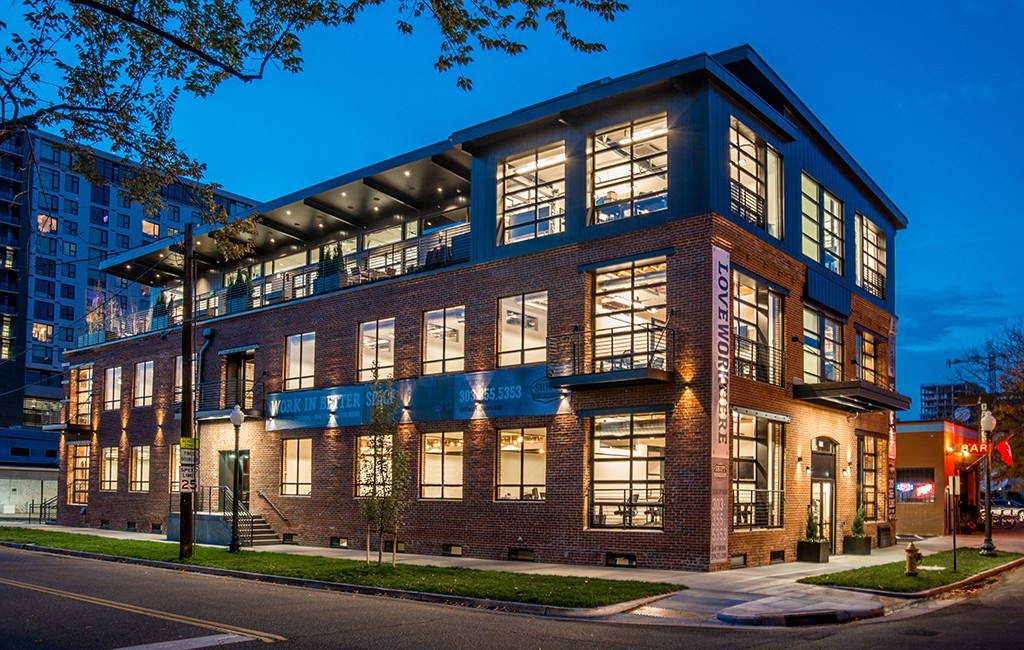 Four years after first popping onto the coworking scene, a local office suite company has more than doubled in size with a second location.

“We wanted to be outside the urban core, where it was easier to park, but still have access to downtown,” said company owner Grant Barnhill of the Golden Triangle location.

Shift’s second spot opened last Monday and Barnhill said it’s about 50 percent leased. The building has 87 offices, seven conference rooms, a rooftop deck and coworking desk space. Barnhill expects about 300 people will work out of the building once full.

Barnhill built his new Shift on an 11,000-square-foot lot he bought from Fistell Electronics in 2014 for $1.25 million. As a part of that deal, Barnhill said he would clear out all of the leftover supplies at the building. 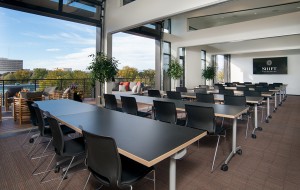 He said that took about 55 semi trips, and they kept the extra gear they liked to repurpose as décor in the new Shift building.

Work space at Shift starts at $625 for a one-person office and ranges up to about $4,000 per month for an office that fits 8 employees. Desks at Shift cost $425. Barnhill hopes to have the building fully leased by the end of the year.

Shift was founded in 2012 with the single location in Cherry Creek. Since then, shared offices spaces have popped up all over Denver with new groups entering the market, old ones adding new locations and coworking and small suite giant WeWork looking for office space all over downtown.

Barnhill hopes a local touch, with a bit of a different design from location to location will help Shift standout from the bigger players looking at opening several Denver locations.

He also wants to cater to companies other than the brand new startup groups you might associate with shared office spots.

“Shift really is a space for mid-career professionals, most of the people who are here have pretty well-established companies,” he said. “This isn’t a community where there’s ping pong and a foosball table, people come here to work and they’re serious about it.”

With two locations already open, Barnhill is already taking steps towards a third. Barnhill owns the former Cathedral High School near 18th and Grant in Uptown. He said he’s currently in negotiations with a New York-based hotel developer who may buy the site, develop it, and lease space back to Shift.

Four years after first popping onto the coworking scene, a local office suite company has more than doubled in size with a second location.

Beautiful location, Shift Shared Workspaces. You are doing some great things in this town.

Best of luck in your continued growth.