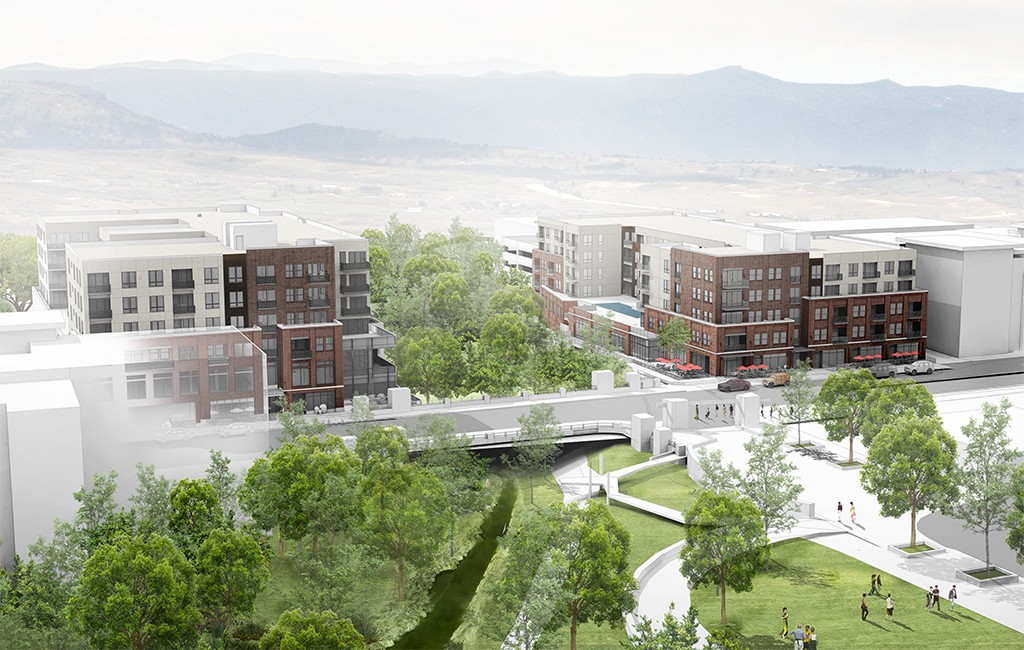 A rendering of the site, which will stretch between 111 and 215 Wilcox St., across from Castle Rock’s town hall.

Empty nesters – and the birds that left the nest – are the target demographic for a planned $60 million Castle Rock mixed-use development.

Confluence Companies got the okay from Castle Rock’s town council on a new 1-acre development with more than 200 apartments, offices and retail in downtown Castle Rock. Company Principal Tony De Simone said the firm hopes to bring 24/7 business to the heart of the town.

“There’s really no place to live in downtown Castle Rock,” he said. “So it does really well on a Friday night, Saturday and Sunday but Monday through Thursday traffic is difficult because it’s kind of a sleepy town during the week.”

The site Confluence will build on stretches between 111 and 215 Wilcox St., across from Castle Rock’s town hall. Plans call for two separate buildings: a south building that should break ground in January and a north building that will start about three months later. 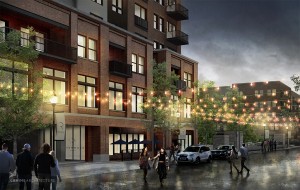 De Simone said he hopes to get an average of about $1,100 per month on the apartment units. He’s hoping to appeal to empty nesters as well as the younger professionals who he’s said are skipping Castle Rock.

“There’s kind of a void in the Castle Rock market,” he said. “Families grow up here, the kids go away to college, stay away for a period of time and then come back to raise a family.”

De Simone is planning to take the office space and retail space to the market at about $20 per square foot, triple net. Matt Call at NavPoint Real Estate Group will be in charge of commercial leasing.

Confluence is considering doing a mix of both conventional office space and co-working or executive office space. De Simone has said he’s already talking to a group that could manage a work space laid out like an Industry or Galvanize.

On the retail side, De Simone wants to pack 10,000 feet of ground floor space with three bigger restaurants, or perhaps a smaller coffee shop or ice cream parlor.

“The goal here is to really create a restaurant destination,” he said. “We have three kind large retail bays that would cater to some great restaurants, or we could do two restaurants and then carve up the third.”

Confluence will start work early next year and hopes to have the first section open by about fall of 2018. Craine Architecture is designing Riverwalk and Confluence’s own construction firm will be the general contractor. U.S. Bank is providing the construction loan.

Right now Confluence Companies is also working on another mixed-use development on Welton St. called the Lydian. The firm is also looking at a subsidized housing complex in Sunnyside at 40th Avenue and Inca Street.

A rendering of the site, which will stretch between 111 and 215 Wilcox St., across from Castle Rock’s town hall.

Empty nesters - and the birds that left the nest - are the target demographic for a planned $60 million Castle Rock mixed-use development.