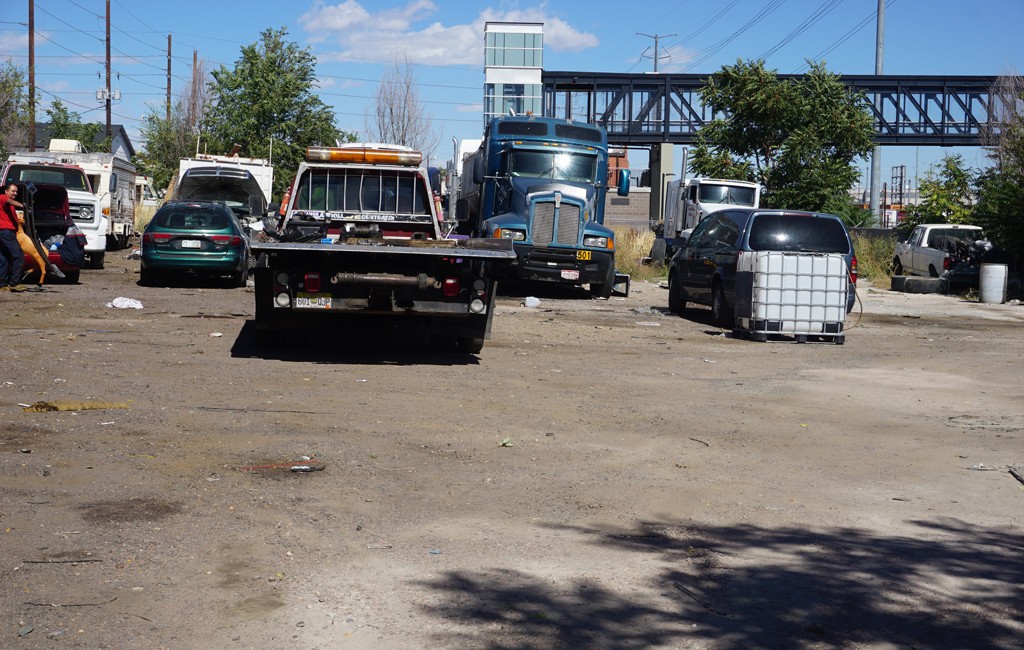 The Fox light rail station sticks out behind the planned site for 300 affordable-housing apartments. (Burl Rolett)

A Golden-based developer is working on a city block’s worth of new Sunnyside apartments just in time for a westbound light rail line to start running through the north Denver neighborhood.

Confluence Companies is planning a new affordable housing complex near the 41st and Fox light rail station that could include about 300 for-rent and for-sale homes.

Confluence plans to buy nearly an entire city block at 40th and Inca streets for $6.6 million, according to a presentation delivered to city council’s Safety, Housing, Education and Homelessness Committee last month.

A site plan shows 160 apartments on the site’s northern end near the corner of 41st and Jason Street with a separate 130-unit condo development on the southern side.

A city council ordinance request detailing the project said about a quarter of the rental units would be studios. About 40 percent apartments would be one-bedrooms with another 30 percent two-bedrooms and a few three-bedrooms.

The for-sale condos would break down to 30 percent one bedrooms, 65 percent two bedrooms and 5 percent three-bedrooms. Plans also include about 6,500 square feet of commercial space on the site.

Confluence Companies is applying for about $3 million of public money to help buy the property, which is currently owned by Hainey Family LP.

The developer requested $2 million of HUD Community Development Block Grants and another $1 million in loans from Denver’s Office of Economic Development in an ordinance considered by city council at its meeting last night.

Land deals for seven different parcels would then start closing this month, the same presentation stated. Vertical development would happen in three phases, with the first beginning in late 2017. Confluence expects the first residents to be able to move in towards the end of 2018 or in early 2019.

Confluence Companies is a Golden-based development firm headed up by Tim Walsh. The company is also busy in Denver building the Lydian, a $40 million apartment building along Welton Street in Five Points. 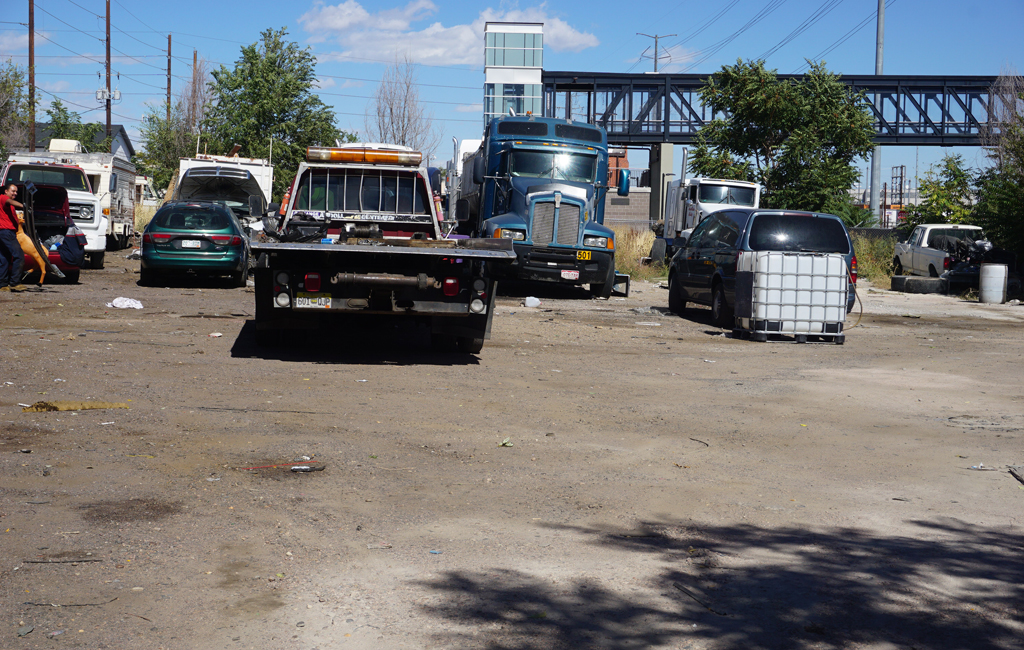 The Fox light rail station sticks out behind the planned site for 300 affordable-housing apartments. (Burl Rolett)

A city block's worth of new Sunnyside apartments are planned just in time for a westbound light rail line to start running through the north Denver neighborhood.