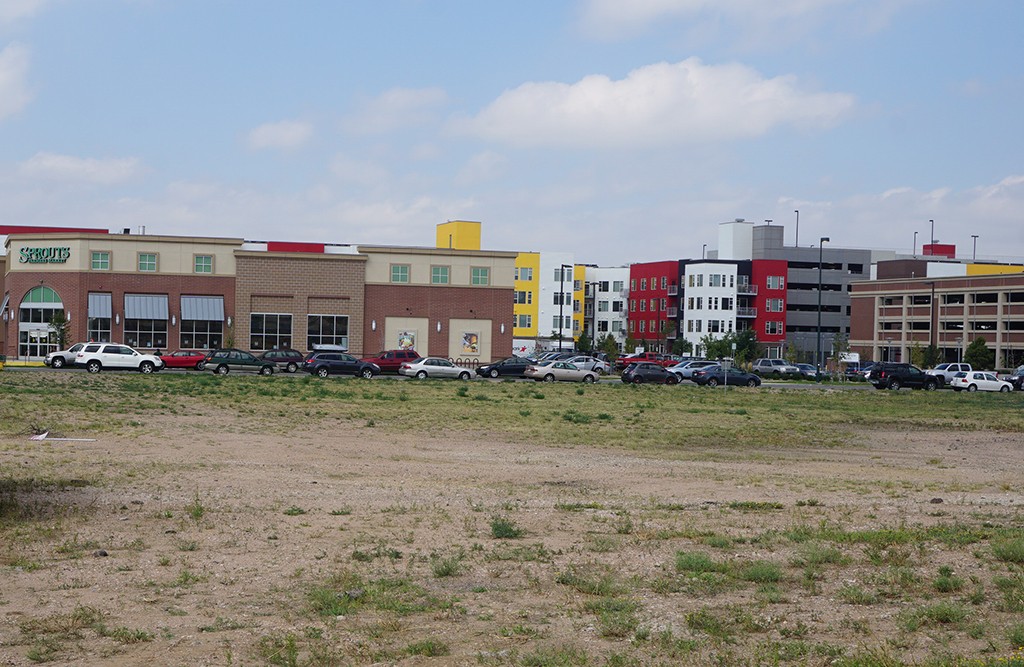 Developers are planning a 500,000-square-foot apartment complex at the former Gates Corporation complex off of Broadway. (Burl Rolett)

An eight-figure land deal could kick off the last major development for a fast-growing corner of Wash Park West.

California-based Carmel Partners bought more than 4 acres at Sherman Street and Mississippi Avenue at the former Gates Corporation complex off of Broadway for about $13 million, Denver city records show. The company is planning to build 403 new apartments at the site.

ARA Newmark broker Chris Cowan, who sold the site alongside fellow ARA broker Steve O’Dell, said the real estate hit the market in the middle of last year. Carmel scored the deal out of about 10 offers from national developers.

“Carmel Partners bested all the other offers, pursued the site in earnest, and were actually prepared to close sooner than we were,” Cowan said. “They were prepared to close at the end of last year, and the environmental condition on the site needed to get to a point where it would be able to close.”

The sale was recorded in two separate deeds. The first was between seller McKinnon & Associates and Carmel Partners. That deal totaled about $9.62 million. A second deed between Gates Corporation and Carmel Partners added $3.73 million for a total purchase price of $13.35 million.

Carmel has already submitted a plan of development for a 500,000-square-foot apartment building at the site. The project, which has not yet been approved by the city’s planning department, will be a seven-story building with 403 residential units.

The building’s first two floors will be mostly parking lot space with 458 spots. The ground floor will also have walkup townhome units as well as the building’s lobby and leasing office, plans submitted to the city show.

Kephart is the architect listed on Carmel’s drawings. Harris Kocher Smith is the civil engineer and StudioINSITE is the landscape architect. The developer’s recent work in Denver also includes the Westend apartment complex near City of Cuernavaca Park, which finished up construction last year.

Carmel’s site is the last available development plot east of Broadway at the former Gates campus, where the rubber belt maker ceased operations more than 20 years ago.

More than 300 apartments were built within the Gates complex in the last three years. Fore Property Co. built 260 apartments a block over at 1000 S. Broadway in 2013 and Pando Holdings leased up 60 new townhome apartments on the other site of Mississippi Avenue last year.

Cowan said all the recent development around the property, as well as its proximity to popular neighborhoods nearby, caught the attention of potential developers

“It has incredible visibility off of I-25 and great access from Broadway,” Cowan said. “It also has the neighborhood connections with West Wash Park and Platt Park, and those neighborhoods are strong with great single-family home values and strong demographics.”

Developers are planning a 500,000-square-foot apartment complex at the former Gates Corporation complex off of Broadway. (Burl Rolett)

California-based Carmel Partners plans 400 apartments for the site, one of the last of the former Gates rubber plant.

I think more parking spaces should be required.

Any idea when construction will start?