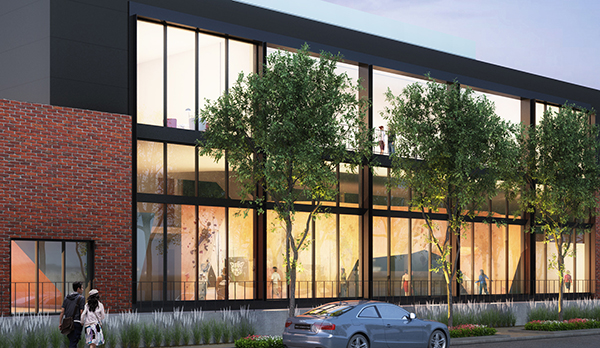 Brooklyn Boulders is zeroing in on a new gym at 3201 Walnut St. in River North, according to the building’s owners. The gym will take more than half of a building a group of developers – led by Dana Crawford – bought in May 2015.

“The building is a creative integration of new construction within the old warehouse to keep the character of the urban fabric,” Crawford said in a prepared statement. “We are excited to create a neighborhood focal point with Brooklyn Boulders and set the tone for further development in this area of RiNo.”

The plan is to peel back a piece of the 50,000-square-foot warehouse’s roof to build a 50-foot-tall climbing wall. The gym also will have a variety of bouldering walls with shorter routes, building owners said.

Lance Pinn, Brooklyn Boulders’ co-founder, said a Denver deal hasn’t been finalized. He declined to comment on the company’s plans when reached by phone Monday. But Brooklyn Boulders is advertising four job openings in Denver on its website.

Brooklyn Boulders will look to build in exercise rooms, space for yoga, and coworking desks with conference and meeting rooms – a hallmark of previous Brooklyn Boulders locations that aims to draw in startup companies looking to blend productivity with activity, according to a Bloomberg profile on the company.

OZ Architecture is the architect on the RiNo job. It’s in the design phase, and the development team hopes to have construction plans finished this summer. Construction is slated to begin in the fall and Pinkard Construction will be the general contractor. 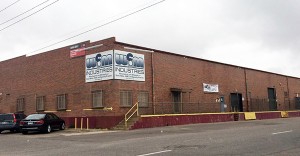 If everything goes according to plan, the first climbers will scale Brooklyn Boulders’ walls by late next summer.

Brooklyn Boulders will take 34,000 square feet of space, building owners said, not including any mezzanine areas it may build into the warehouse. The gym will open to a glassed stretch of Walnut Street frontage.

Renderings show a new third story added to the warehouse along Walnut Street. The plan is to step the building up another two stories toward the middle of the block to house the five-story-tall rock wall.

The site is zoned for three stories of development. Building co-owner Bill Parkhill said the landlords are working on a rezoning application to allow for five stories. They are also in negotiations with several potential retail and office tenants to fill the remaining 16,000 or so square feet.

JLL brokers Ryan Arnold and Jamie Roupp, who also own a stake in the building, are representing the landlord. SVN Denver Commercial brokers Mike Carnes and John Sheflin are representing Brooklyn Boulders.

The developers could not provide a budget estimate for renovations because the design has not been finalized.

Brooklyn Boulders launched in 2009 and operates gyms in Brooklyn and Queens in New York City, Boston and Chicago, according to its website. Monthly memberships run between $109 and $115, according to the company website.

A Crain’s New York profile on Pinn from earlier this year reported that Brooklyn Boulders took on an investment from venture-capital firm North Castle Partners in 2015 and is eyeing Los Angeles as another potential new market.

Denver is home to at least three other indoor rock-climbing facilities. Denver Bouldering Club has two locations: One in Denver just southwest of 6th Avenue and Interstate 25, and another in Sheridan. Movement Climbing + Fitness moved into Denver towards the end of 2014 and is looking for a second Denver location in RiNo. And Thrillseekers Climbing Gym has been around on South Broadway since 1992.

Any updates on this?

@Alex, Brooklyn Boulders has moved on from the climbing gym and Movement acquired the space and will build a boulder ing gym there. Too bad really, it looked like it was going to be a pretty spectacular gym