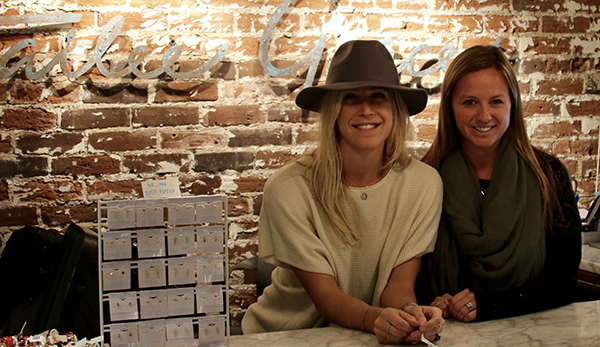 After three years of selling its dresses and jewelry from a Larimer Square basement shop, a woman’s boutique is moving up.

Grace Buttorff and Hailee Satterfield are expanding their women’s clothing store, Hailee Grace, to a street-level storefront in Larimer Square this spring.

“(Larimer Square) was our starter spot, it was our test of concept,” Buttorff said. “We’ve outgrown – we’ve used every inch of the current store, and in order to keep growing, we need more space for things like new products and more dressing rooms.”

Hailee Grace is climbing from its 630-foot basement digs at 1423 Larimer St. to a 1,600-square-foot, street-level shop at 1421 Larimer St. Buttorff and Satterfield will remain in the basement shop while they finish renovations, and hope to open the new spot by mid-April. Then they’ll  vacate 1423 Larimer St.

They’re investing about $50,000 to expand their inventory selection, including adding new items such as sunglasses, shoes and swimsuits.

Buttorff hopes the street-level store will attract more customer traffic and allow for faster customer turnover than before.

“We have a problem right now where we only have two dressing rooms and there’s constantly a line to try on clothes,” she said. “You lose a lot of sales that way.”

The new shop will have four dressing rooms, Buttorff said.

Hailee Grace features women’s clothing items such as dresses and jewelry, priced between $30 and $100. That makes Hailee Grace one of Larimer Square’s less-expensive retailers, Buttorff said, and she believes that will be an advantage over the competition. 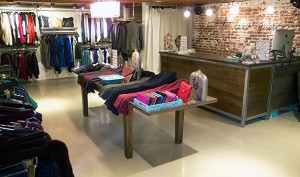 Buttorff  plans to open an online shop after the new store is opened.

Buttorff, a Boston native, said she drew inspiration for the store from the Newbury Street shopping district in that city’s Back Bay neighborhood.

Hailee Grace’s biggest advantage over other Denver boutiques, Buttorff said, is that its owners are also in the target demographic.

“With our age, one of our rules is that we just need to buy what we want,” she said. “It’s absolutely an advantage, and it’s been beneficial to our customers, too.”

We are very proud of these two young ladies! It started with a vision and with hard work and determination turned into an amazing business! Good luck!