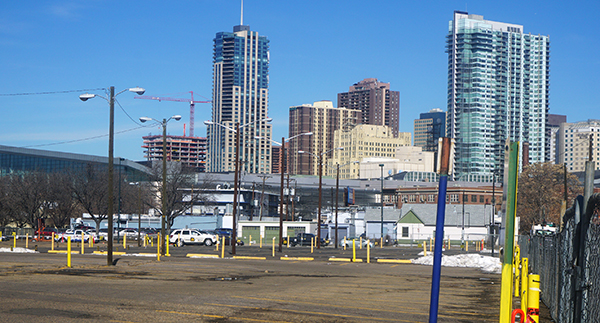 Another developer is hoping to strike gold along Speer Boulevard.

California-based Legacy Partners bought a 2.3-acre parking lot at Speer Boulevard and 13th Avenue last week for $17.5 million and plans to build a new, seven-story apartment building. Spencer Stuart, Legacy senior managing director, said the deal has been in the works for about a year.

“We like locations that have great drive-by visibility but also have great walkability, and this location obviously has both of those elements,” Stuart said. “We have the traffic on Speer and 14th, two of the main drags in town. And it’s right across from the Cherry Creek hike-and-bike area, and it’s walkable to the museums in the Golden Triangle.”

The deal for the land closed Wednesday. Stuart plans to break ground this summer. The building will total 332 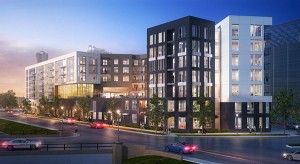 Legacy’s apartments will run from 600 to about 1,800 square feet in a mix of one-, two- and three-bedroom units.

“It’s geared toward the more affluent crowd that would live in the Golden Triangle, so we have a little larger average apartment size,” Stuart said.

USAA is an equity partner in the project, Stuart said. Legacy will be seeking debt financing as well but has yet to settle on a lender. KTGY is the architect for the project and CFC Construction will be the general contractor.

The site covers about 2.3 acres bounded by Speer Boulevard, 14th Avenue, Fox Street and 13th Avenue. Paradise Investment Properties sold the property to Legacy. Paradise bought the bulk of that land in 2001 for $3.5 million, city records show. It bought the rest of the block, 0.84 acres at the corner of 14th and Fox, for $4.5 million in October 2015.

Paradise still owns at least eight other potential infill sites around Denver, including plots downtown at Speer and Larimer, 17th and California, and 19th and Arapahoe. (You can see a map of their land here.) The company also previously owned the site of a planned hotel at 13th and Glenarm.

Legacy is no stranger to building in Denver. Stuart said the company has been developing in town since the 1970s and has built more than 8,000 Denver apartments. Its most recent project was Point21, an apartment building near 21st and Lawrence downtown. 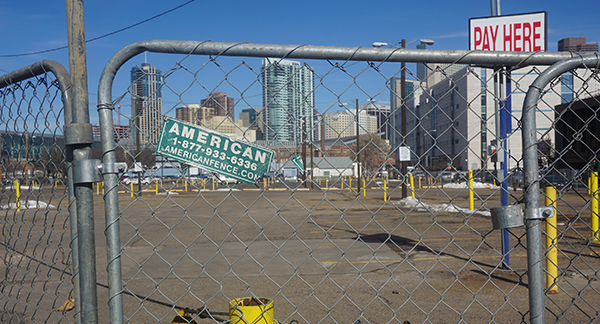 Another developer is hoping to strike gold along Speer Boulevard.