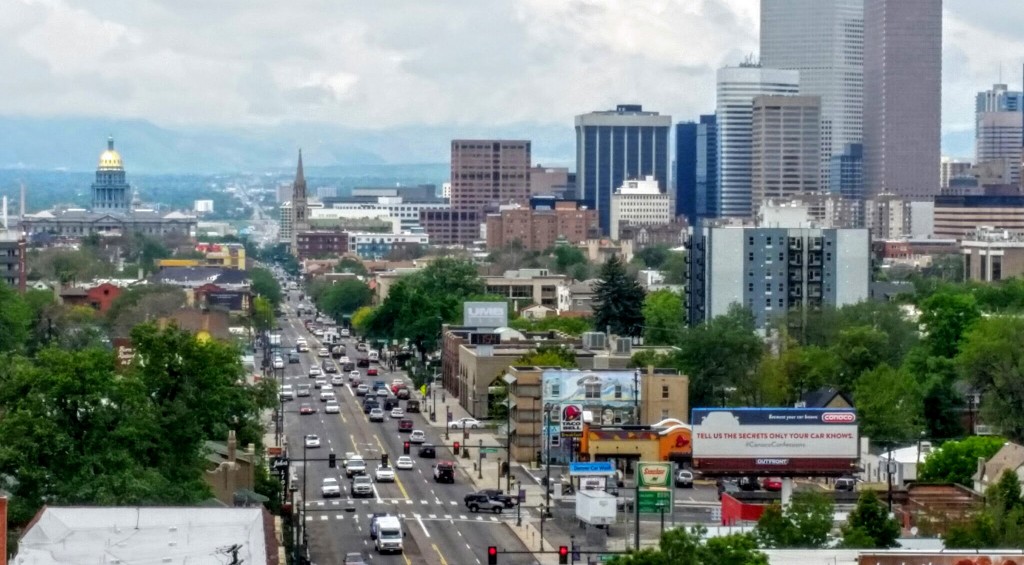 The view west down Colfax from the roof of the Weicker building. Photo courtesy of CBID.

Colfax Avenue is ready for its next makeover.

The Colfax Business Improvement District is looking for real estate developers to spearhead the renovation of a stretch of the avenue from Grant Street to Josephine Street.

The CBID yesterday issued a request for proposals for developers. The RFP is the first step in the CBID’s five- to 10-year Master Streetscape Design Plan to renovate its stretch of Colfax, according to the organization’s director Frank Locantore.

“(The RFP) is a conceptual streetscape plan that gets you most of the way there so you can start narrowing down costs and look to hire developers,” Locantore said. “The intention is to have a shelf-ready plan by the end of this year. That cues us up to be really eligible for capital investment funding through the city.” 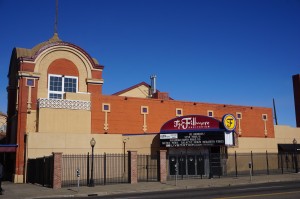 The Fillmore and the Ogden Theatre both fall within the CBID. Photos by George Demopoulos.

The plan aims to improve public areas by adding amenities like bus shelters and bike racks along with aesthetic fixtures like plants and public art, according to the RFP.

Contractors must submit proposals to the CBID by Feb. 25.

The RFP lists the project’s budget as undetermined. Locantore estimates that it’ll cost between $75,000 and $100,000 to research the project and draft plans.

“Colfax-Mayfair Business Improvement District just completed this exact same process in the fall, and they budgeted up to $85,000 for the project,” Locantore said. “Our district is a little bit bigger so we’re prepared to spend accordingly.”

The project will be funded through city grants, federal transportation funds and the CBID’s budget, according to the RFP, and will also solicit private funding.

The CBID will choose a developer by the end of March, Locantore said. He said he hopes to have a blueprint for the master plan completed by the end of this year.

One of the main goals of the renovation project is to make room for a new bus line called Bus Rapid Transit that the CBID hopes to break ground on in 2019, according to the RFP. The BRT project, which is still in its planning phases, aims to bring a bus line to Colfax running from Aurora to Golden, Locantore said. 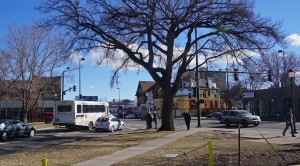 Ideas include adding an arch over the Colfax-Park intersection.

Space limitation is the biggest challenge facing prospective developers on the Colfax renovation project, according to the RFP, as renovations can only be made to public areas.

The CBID was founded in 1989 and is run by a board of directors appointed by the mayor, according to its website. Locantore has served as the organization’s director since he was appointed to the position last April.

The group operates within a $400,000 annual budget, funded in part by taxes on local business owners. Approximately 15,000 people live within a half-mile of the corridor, according to the RFP, and the region’s public transportation system sees more than 7 million riders per year. 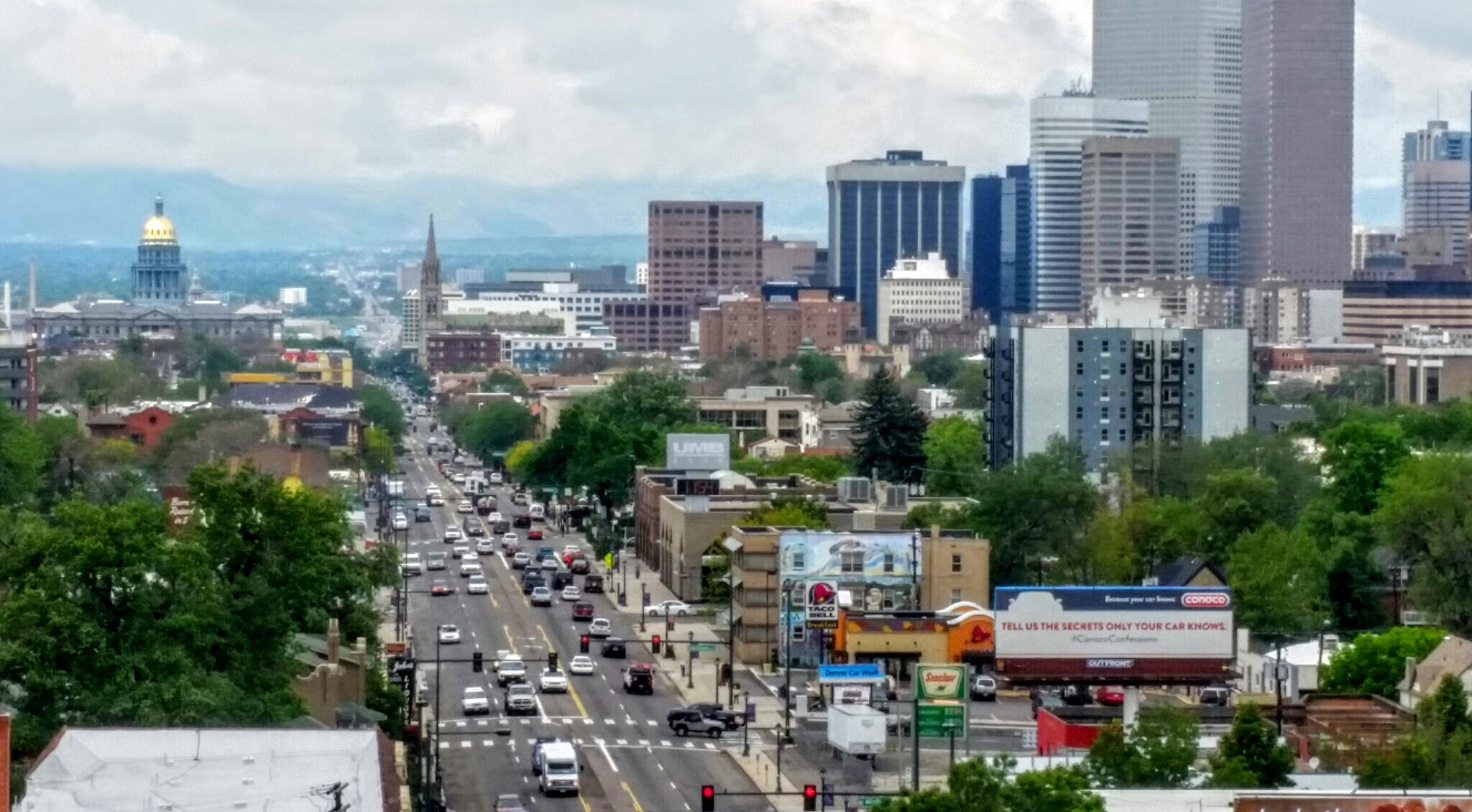 The view west down Colfax from the roof of the Weicker building. Photo courtesy of CBID.