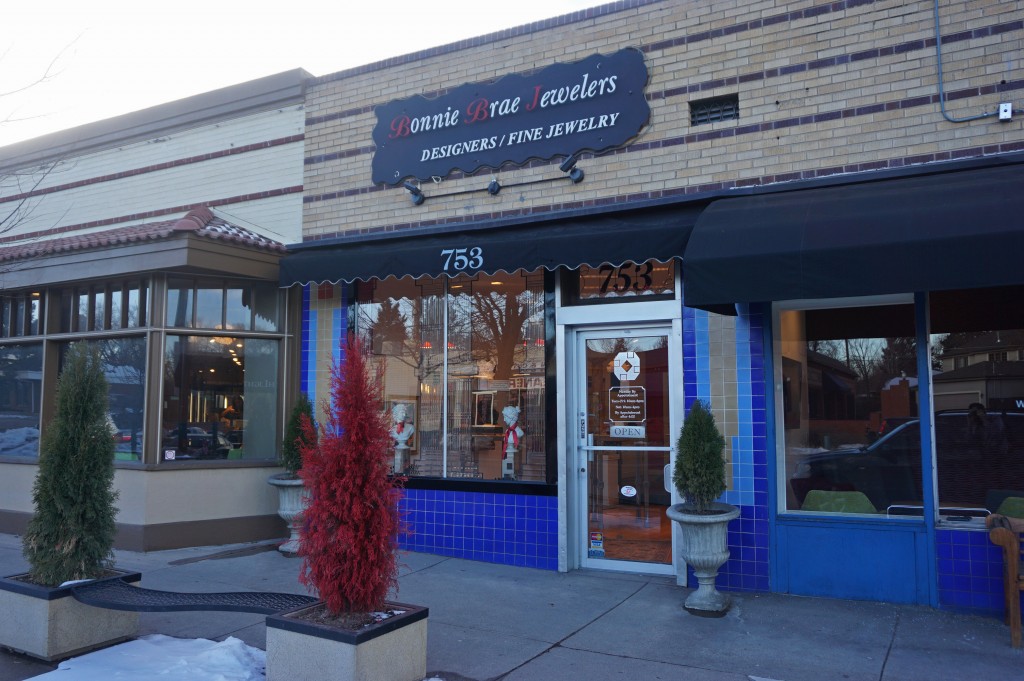 The former Bonnie Brae Jewelers storefront will be converted into an IV therapy office. Photo by George Demopoulos.

Instead of chugging a Bloody Mary the next time you’re hungover, this Denver couple wants you to focus on your own bloodstream.

Katie Wafer and Blake Whealy are bringing an IV therapy business, which they first saw nursing Las Vegas revelers, to the residents of Bonnie Brae. But the couple said they want to cure more than just hangovers.

“We saw them in Vegas first while we were traveling, and they were geared towards treating hangovers,” Wafer said. “When we looked at other markets like Scottsdale or San Diego, we saw that the main focus was general health and wellness. That’s our niche.”

Wafer and Whealy leased a 1,000-square-foot storefront at 753 S. University Blvd., the former location of Bonnie Brae Jewelers prior to its closing earlier this month. They’re calling the business Hydrate IV Bar and want to be open in March.

IV therapy involves shooting a solution of saline, vitamins and minerals into a client’s veins. Its proponents, like Wafer and Whealy, claim that it can treat a variety of ailments and boost athletic performance.

It’s a similar concept to taking multivitamins except faster-acting and more effective, Wafer and Whealy said, because the vitamins and minerals don’t have to be digested before hitting the bloodstream.

Wafer said she expects Hydrate’s clientele will include business travelers dragging from jet lag, tourists with altitude sickness and professionals who are feeling sick but can’t afford to take a day off.

“Like any business, we definitely don’t want to pigeonhole ourselves to one market,” she said. “We’ll have customizable bags tailored towards things like anti-aging, cold and flu, jet lag and fatigue. They’re great for altitude sickness, too.”

IV bags will cost between $20 for a B12 shot to $200 for “the works,” a drip including vitamins, minerals, amino acids and anti-oxidants, Wafer said.

It takes between 45 minutes and one hour to finish a drip, Wafer said. During that time, Hydrate provides its clients with amenities like TV, headphones, free Wi-Fi and blankets.

Hydrate will employ registered nurses from hospitals around Colorado to administer IV therapy on a contract basis. It also keeps a medical director, Dr. Timothy Sandell, and a head nurse on full-time rotations.

Whealy said Hydrate will cater to two kinds of clients: those who come in to cure symptoms, like hangovers or sickness, and those who come on a regular basis to get drips as a preventative measure.

Hydrate won’t be the only IV therapy bar in the metro area once it opens in March. The Colorado Recovery Infusion Center in Englewood offers the service, as well. Outside of hangovers and immune system boosters, the Infusion Center also touts IV therapy as an aid in alcohol and drug addiction recovery on its website.

Similar services, like Denver’s Drip Dr., will bring an IV drip to your door so you can shoot up in the comfort of your home. Wafer said that Hydrate will also make house calls.

Hydrate will be the first time that Wafer, 27 and Whealy, 35 have started their own business, but they’ve both worked in medical sales for a combined eight years.

Prior to her career in the medical device industry, Wafer worked as a Denver Broncos cheerleader for the 2011 and 2012 seasons. Whealy played professional baseball for the New York Mets farm system between 2002 and 2006 prior to switching to the pharmaceutical industry in 2012.

The former Bonnie Brae Jewelers storefront will be converted into an IV therapy office. Photo by George Demopoulos.

So glad to have more companies wanting to help keep People healthy and hydrated!! We need more people like this!! Please let us know how we can help. DripDrHealth.com can help with any of the at home IV hydration and we will be sending people here as well.