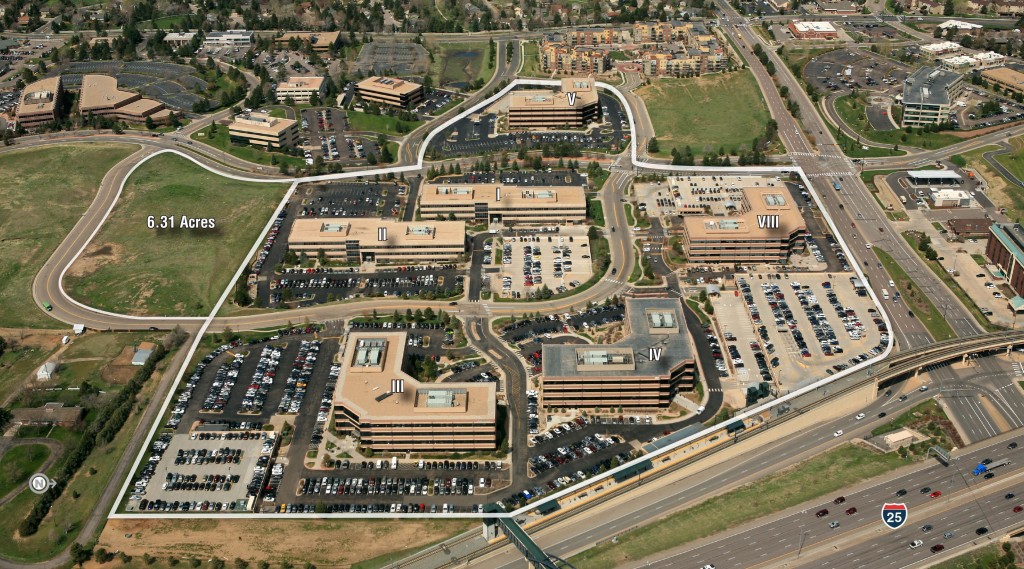 Arapahoe County has its second nine-figure office deal in as many months.

Panorama Corporate Center spans 42 acres at the southwest corner of Interstate 25 and Dry Creek Road. Its six office buildings total 780,000 square feet, putting the sale in the neighborhood of $242 per foot.

The entire site was developed between 1996 and 2008. Panorama Corporate Center is 94 percent leased.

Major tenants include Comcast and United Launch Alliance. Christian Dinsdale, acquisition associate at EverWest, said the property’s location and the quality of the tenants drew his firm to Panorama.

Dinsdale said the buildings are all in great shape, and EverWest doesn’t have any overhauls planned.

Panorama Corporate Center is the second Denver-area deal EverWest has sealed since the New Year. A couple of weeks ago, the firm bought an industrial building at the edge of RiNo for $10.5 million. The company’s other Denver holdings include the Office at Broadway Station at 900 S. Broadway and the Cherry Creek Corporate Center in Glendale.