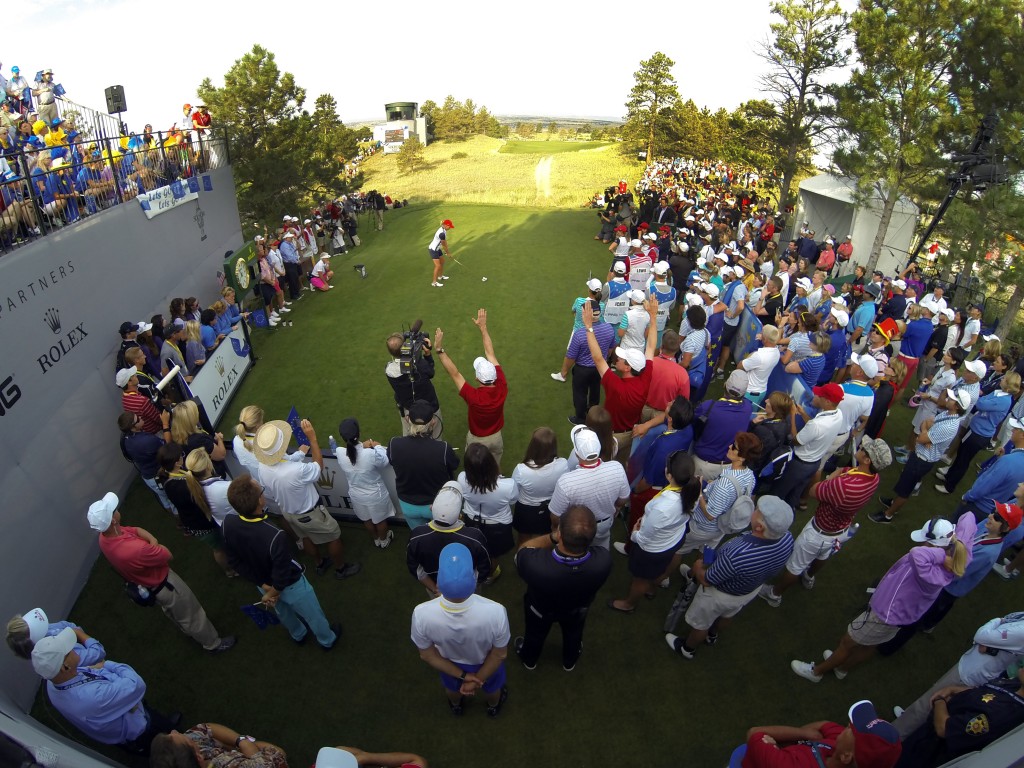 An amateur golf tournament is making its return to a Parker golf course in 2019. Photos courtesy of Colorado Golf Club.

The United States Golf Association will hold one of its largest amateur golf tournaments in Colorado.

“When you look at the USGA championships, these are premier events in amateur and pro golf,” said Bill McCarthy, director of the Mid-Amateur Championship. “So any time a club hosts one of these, they’re holding a tournament at the highest level.”

Any amateur golfer over the age of 25 can participate in the Mid-Amateur, McCarthy said. He expects the tournament to draw 4,000 entrants. Regional tournaments will whittle that number down to 264 golfers, who will compete at Common Grounds and the Colorado Golf Club to qualify for the 64-person head-to-head tournament Sept. 21-26, 2019.

McCarthy said most of the amateur golfers have day jobs when off the fairway.

“The age limit also generally disqualifies college players,” he said. “You’ll see everything from bankers to lawyers to farmers. These guys are coming from across the country and in some cases across the world.” 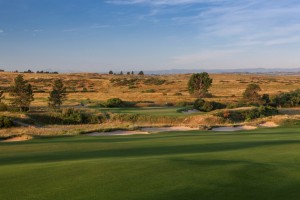 Colorado Golf Club opened less than 10 years ago in Parker.

Although winning the Mid-Amateur doesn’t yield a cash prize, it does have its perks. The champion is exempt from qualifying rounds in USGA tournaments for the next 10 years and generally invited to play in the Masters.

The USGA selected Colorado Golf Club for championship play, McCarthy said, because of factors like its length, variety of holes, topography, atmosphere and walkability. The course, 7,604 yards from the tips, was designed by Bill Coore and Ben Crenshaw and opened in 2007.

Additionally, the USGA considers a course’s operational facilities, its membership and the demographics of its surrounding area when selecting a host course.

It also helps that the Colorado Golf Club is no stranger to national tournaments. The club hosted a Senior PGA Championship in 2010 and the Solheim Cup, a PGA tournament for American and European women, in 2013.

“One of the first things I tell our host clubs is that it’s not a business winner,” McCarthy said. “When we talk to potential clubs, we stress that if you’re doing it to sell memberships or promote the facility, don’t bother doing it. Clubs host our amateur championships for the challenge and thrill of doing so.”

But Colorado Golf Club spokesman Tom Ferrell said he believes that holding the tournament will benefit the club by raising its prestige in the national golf scene.

“The event exposes us to a group of people who are key influencers in the way the club is seen around the country,” Ferrell said.

It has taken two years for the Colorado Golf Club to receive the USGA’s approval to host the tournament, Ferrell said. The club first contacted the USGA with a letter of intent to hold the tournament in 2014. In 2015, the USGA interviewed members of the club and issued its final decision on the Mid-Amateur’s host in November.

Ferrell said the Colorado Golf Club isn’t likely to make any tweaks to the course for tournament play.

“The course has plenty of length and it’s a very elastic kind of design. One of the things (the USGA) likes to do is to play different holes in different ways each day,” he said. “We have that kind of flexibility built-in, so I don’t expect any significant changes to the course.”

Even though the competitors are amateurs, they’ll get a taste of the professional life. Ferrell said he expects that every one of the Colorado Golf Club’s caddies will work that day.

An amateur golf tournament is making its return to a Parker golf course in 2019. Photos courtesy of Colorado Golf Club.

The first sentence of this article should be changed as it is incorrect. It has only been 4 years since the USGA hosted one its major tournaments in Colorado. They hosted the US Amateur at Cherry Hills in 2012.