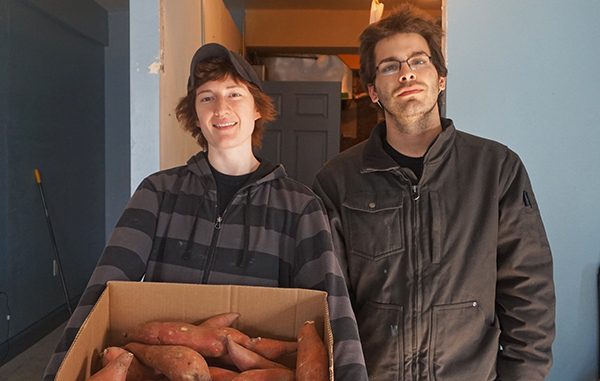 Vegan fare is pulling into a Five Points train stop.

Teri Font, 22, is opening vegan restaurant Handy Diner across from the 30th and Downing light rail station on Friday. It’s a 950-square-foot Five Points spot Font says will be a far cry from the trendy vegan bistros you’ll find downtown.

Featuring country fried “steak” made from chickpeas and a breakfast burrito with “bacon” made of carrots, the Handy Diner’s menu straddles the line between greasy diner and hip vegan dive.

Font said she hopes to undercut vegan competition on price. The average dish costs between $3 and $7, and no menu item costs more than $10.

It cost about $25,000 to launch Handy Diner, Font said. That included buying the shuttered D-Line restaurant at 2958 Downing St. and its kitchen equipment. Rent for the 950-square-foot space costs $1,200 per month, Font said. 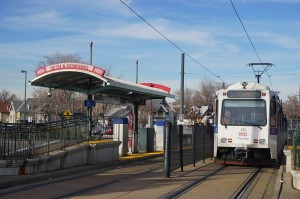 Handy Diner is opening across from the 30th and Downing light rail station.

Font is financing the project with $4,000 of her savings, a $10,000 investment from another restaurant owner and a $12,000 loan from micro-lending site Accion. Her parents pitched in another $3,000, although Font said her mother wasn’t thrilled at the idea of her daughter opening a restaurant.

“When my mom found out I bought a diner, she called me and drove out immediately (from Iowa) to see what I was doing,” Font said. “I think she thought I was having a manic episode or something. But once she saw the place, she got it.”

The Handy Diner has one other employee in addition to Font, but she said they’ll likely bring on more staff to help if they start getting overwhelmed.

Font said she thinks she’ll be able to compete next to spots like Cap Hill’s City O’ City because she’s catering to a niche market in an area that doesn’t yet have a vegan restaurant.

Font said she hopes to appeal to non-vegans, as well, and will target commuters passing through on the light rail and neighborhood residents. She also expects to see daily visits from members of the neighboring Colorado Dawah Mosque, she said, some of whom worship at the mosque four or five times a day.

Font also wants to draw in the vegan crowd from other Denver neighborhoods. She’s trying to spread the word to vegans online using social media ahead of its opening.

The Handy Diner is the culmination of five years of work for Font, who left her home in Fairfield, Iowa, at the age of 17 to work in Denver’s restaurant industry and get involved in its music scene.

“I really wanted to be a cook, but I didn’t have a lot of contacts and no one would hire me without any restaurants on my resume,” she said. “Finally I made up a restaurant in my hometown and said I cooked there.”

The bluff paid off, and Font landed a job at Little Man Ice Cream in the Highlands. After a yearlong stint at Little Man, she moved on to work at the Butcher Block Cafe in RiNo and at WaterCourse Foods before opening the Handy Diner.

My wife and I – both vegan – will travel from our La Junta home to Denver next month to take the Landmark Forum in HIghlands ranch. We will surely come for a meal during one of our meal breaks.

Hey, this is great!!! And half a block away from me! I do hope they flourish– best of luck to them!!!!

I visited this restaurant earlier this week and was totally impressed with the quality and taste of the food. I had the ranchero, which was tofu scramble, potatoes, and some of the best green chili I’ve ever had. They were out of beans (which was the fourth ingredient) so had a yummy pancake instead. Everything, including tip, was $10, which is not to shabby!

I wish Teri and Roland the very best of luck. This will be my new go-to vegan restaurant.