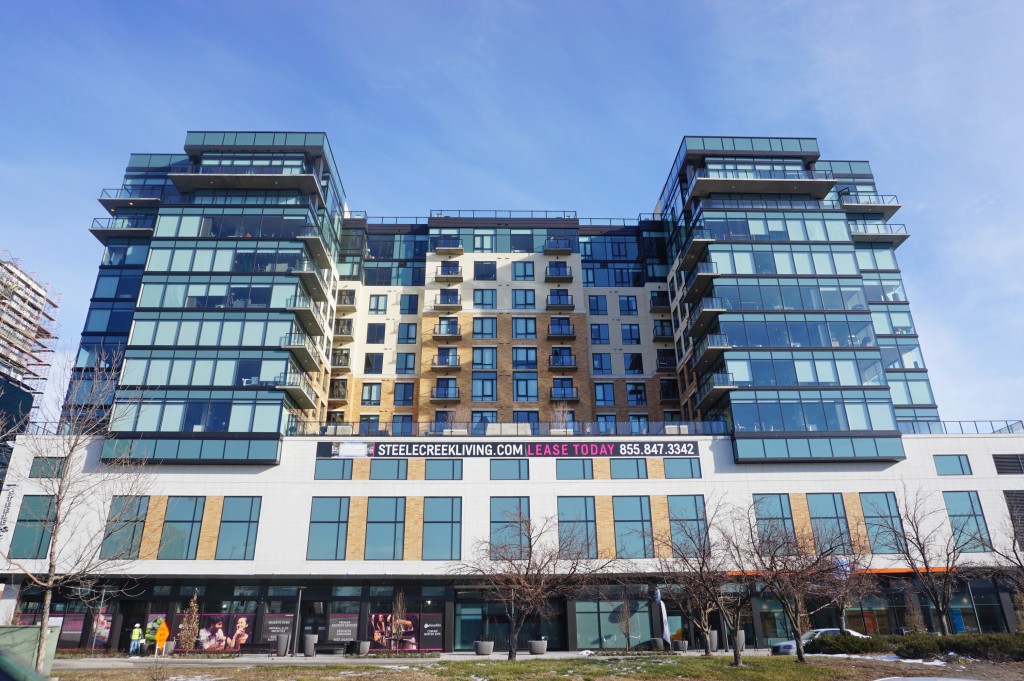 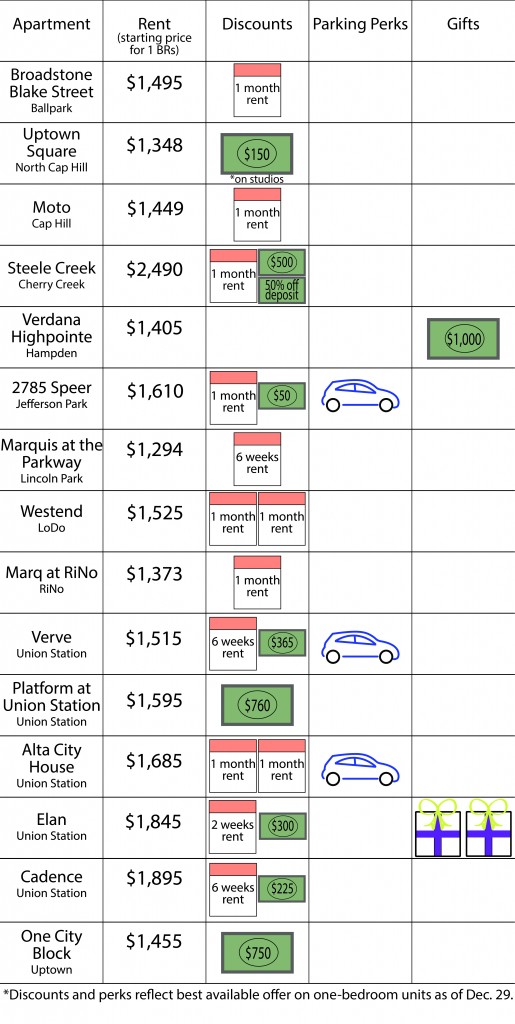 Just in time for the New Year, landlords in some of Denver’s hottest neighborhoods are dusting off a sales script they haven’t used in a few years: pitching up to two months of free rent or other perks.

Many landlords at large apartment complexes near downtown are trying to hook tenants by discounting first-month rent, throwing in free parking or waiving application fees.

Fourteen of 17 large apartment buildings polled by BusinessDen – accounting for nearly 5,000 apartments, most built in the last few years – said they are now offering some sort of special. Rents for a one-bedroom unit in the buildings surveyed, spanning hot neighborhoods like Golden Triangle, Union Station, Cherry Creek, Highlands and RiNo, range from $1,294 to $2,490.

This time last year, specials were smaller or non-existent.

Westend apartments, on Platte Street along Interstate 25, is offering two months of free rent on all one- and two-bedroom units. The building opened in May with one-bedrooms priced at $1,525.

And nearby, Alta City House also offered two months of free rent for tenants that leased before the New Year.

Greystar’s Elan Union Station is 70 percent occupied since opening in May, the leasing office said, but to get those last residents in the door at 1975 19th St., the building is striking $300 from fees and offering a month free to tenants that move in by the end of January.

And while the holiday season is ending, future Elan residents that sign leases by the end of this month will still get their choice of an iRobot vacuum cleaner and mop or a bundle of appliances including a KitchenAid mixer, a Keurig coffee maker and a margarita mixer.

Other new buildings offering a month of free rent include the 332-unit 2785 Speer, where residents started moving in this time last year.

And at Moto, a brand new building at 820 Sherman St. in Cap Hill, one-bedroom apartments start at $1,449 a month with a month of free rent.

Andy Clay, a development partner for Alliance Residential Co. who manages five apartments in Denver, said that in high-construction neighborhoods, renters can pit apartments against one another to negotiate the best deal. 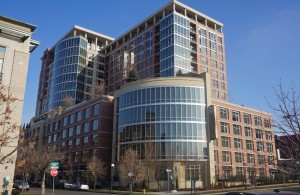 Acoma, on Eighth Avenue, is one of the few apartment buildings surveyed not currently offering any deals on leases.

That could shock a market accustomed to rising demand and rent since 2011, he said.

“It’s just not something people have seen in the last three to four years,” Clay said. “But when you look at historical trends, giving away these kinds of deals is not extraordinary.”

Broadstone on Blake, a community his company manages in Ballpark, is now offering one month free.

Denver’s apartment market has been one of the hottest in the country. From 2009 to 2015, average rent in Denver has risen 42 percent to $1,263, according to the Denver Apartment Association.

Vacancy in Denver, meanwhile, remains below its 7 percent average over the past decade; it hovered at 5.3 percent in the third quarter of 2015.

But the city is also brimming with new residential construction. At least 2,000 units came online in 2015, according to a BusinessDen tally (the city of Denver does not keep track of how many apartment buildings open), and landlords are trying to lock in tenants at a slow time of year.

Pitching a special vs. lowering rent 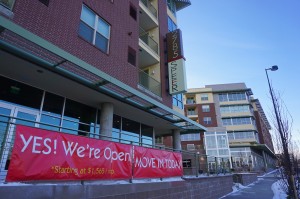 2785 Speer welcomed its first tenants last January and is offering discounts on rent, parking and fees.

Landlords could just lower the sticker price instead of running a leasing special.

But Nancy Burke, the VP of the Denver Apartment Association, said specials can hide an apartment’s price point from competitors, potential acquirers and even banks.

“They just want their building to look good for people coming in to buy it down the road,” she said. “And they don’t want their competition to know they’re struggling.”

Landlords file foregone income from a leasing special as a marketing cost rather than as a rental loss. It’s a balance sheet trick that can give them more favorable terms when they sell a property or, especially for newer buildings, refinance a construction loan.

And the new kids on the block aren’t the only ones doling out goodies.

Uptown Square, a 696-unit apartment at 1950 Pennsylvania St. was built in 1998 and is 95 percent leased. But for the first time in at least a year, it is offering a maximum $200 discount off administrative fees and security deposits on two-bedroom units. 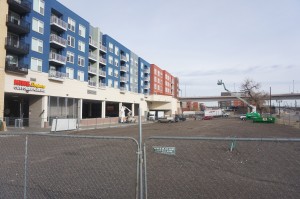 Greystar is planning another apartment complex right next to its Elan Union Station development.

At least 16 new apartment buildings under construction should open in 2016, dumping around 2,600 more apartments on the market, according to a BusinessDen calculation. That’s 30 percent more than opened in 2015.

Cary Bruteig, principal at the Denver-based data company Apartment Insights, said higher vacancies and deeper discounts will take a while to impact pricing.

“It’s kind of like turning the Titanic,” Bruteig said. “Rent will start going back down when concessions are high enough.”

Will the rest of Denver feel the tremors of the building boom?

That’s the question Charlie Hogan, chief operating officer of Cornerstone Apartments is asking himself. Because most Cornerstone units are toward the center of Denver, Hogan has offered discounts on six properties this fall into winter, including one month free rent at The Edge at City Park on Gaylord Street.

Some of the slump is seasonal, he said, but Cornerstone didn’t have to make these kinds of offers last year.

When will Denver realize affordable housing can also mean stability and profits?

Amy, thank you for the great article. Do you happen to have an update for Summer 2016?