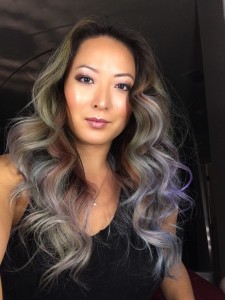 Jessica Young is launching Evolve Yoga on South Broadway next spring. She said she thinks she has found a gap in Denver’s bustling yoga scene.

“I’ve done some comparative analysis, and there’s a hole in the market for the yoga I practice,” Young said. “There’s only one other studio that does it, that’s Ashtanga Yoga Denver.”

Young was the merchandise and sales director for a denim company in New York until 2008, when she said she tired of the gig and looked to start up a business of her own.

“I needed a change and wanted to open a yoga studio,” she said. “We’re looking at spaces that are the size of my studio now that would have gone for $20,000 per month in rent.”

She began to look outside of the Empire State for answers. After studying yoga and traveling the world for the better part of a decade, Young becoming acquainted with Colorado through ski trips.

Young moved to Denver in June and signed a five-year lease on a 1,800-square-foot studio at 1321 S. Broadway on Halloween. Forrest Bassett and Zach Cytryn at Broad Street Realty represented Evolve in its site search.

The facility will feature a yoga studio, changing rooms, a retail store, a lounge and kitchenette for its members to use.

Young is paying $3,200 per month in rent for the studio, which also includes a large yard about as big as the building itself. She’s planning an outdoor patio space to practice yoga outside during sunny months.

Young is putting up $200,000 to get the studio started. That figures includes construction, rent and operating capital, she said. Young is paying for the project out of her own pocket.

“I’m not getting funds from my parents or the SBA or anything,” she said. “I’m putting my life savings into this place, so it’s really scary. I’m a single person trying to make my dream work.”

But she’s got an angle – she’ll be one of only two studios in Denver offering ashtanga yoga classes, a type of yoga made popular in the 1920s by Indian yogi K. Pattabhi Jois. The other studio, Ashtanga Yoga Denver, is in RiNo at 2501 Larimer St.

She’ll also introduce a new style of yoga, called rocket, to Denver, she said. It’s a blend of ashtanga and a better-known vinyasa school, she said.

Young hasn’t set membership prices but said that they’ll be around $120 a month for unlimited classes. Most classes will look like you’re a typical yoga session with an instructor at the front of the room leading the group through a series or yoga, but Evolve will also block off time for members to come in and work alone with instructors on hand to help if needed.

Young plans to hire between six and seven instructors to teach at the studio, she said. She’ll also teach some classes herself but will focus primarily on running the business.

Young first practiced yoga six years ago at a Dharma Yoga studio in Brooklyn. She practiced gymnastics and dance as a kid, which she said helped prepare her for yoga.

“I talked to my teacher there, who recommended ashtanga yoga,” she said. “At the time, I didn’t know what that was, but I just started doing it. After the first class, I was hooked.”

Leaving the fashion industry for the yoga world, an entrepreneur is setting up a new studio on South Broadway, focusing her energy on the ashtanga style of yoga.

Glad to see more Rocket classes are coming to Denver. Also, since you started practice with Dharma Mittra, I hope we’ll see more of his teachers holding space.