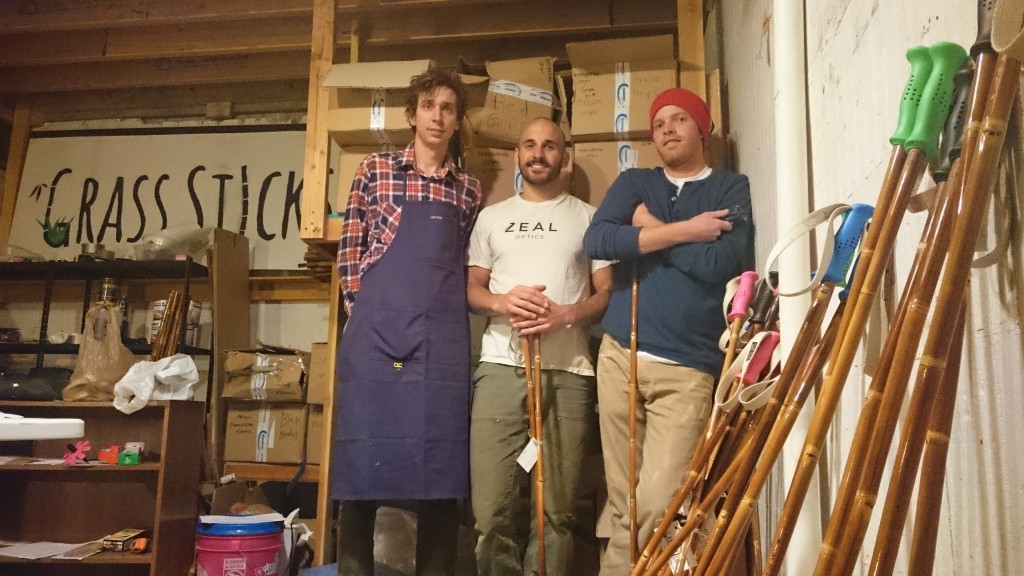 A Steamboat ski coach is taking a stab at the ski pole market.

Andrew Beckler founded Grass Sticks, a Steamboat Springs-based company that manufactures bamboo ski poles, with a hunch that the retro material could take off; bamboo was widely used for poles before World War II.

“Last year we had the poles ready to go, but as far as actual marketing we didn’t do too much. This year, we got some wholesale accounts, a full rep network across the country,” Beckler said. “One of the biggest things for us is that conversation on the ski lift, when someone asks about them, and that happens nearly every time.”

Beckler founded Grass Sticks in October 2014, but the 2015-2016 season will be the product’s first year on the market. Beckler spent that time designing and testing the poles, he said.

“We get our bamboo from India – it’s a very specific species we had to hunt down,” he said. “We tried five different types of bamboo before we found this one. Bamboo is a great building product, but each species has its own traits.”

Beckler came to the conclusion to use bamboo after five seasons as a ski instructor and race coach in Steamboat left him wanting more out of his poles, he said. 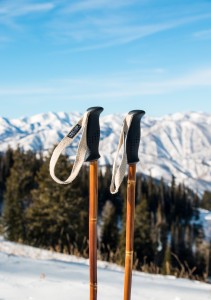 Grass Sticks poles are made from a specific type of Indian bamboo. Photo by Chris Morgan of Twosherpas Media.

Traditionally, ski poles are made from aluminum or carbon fiber. Aluminum is cheap, but as anyone who’s ever biffed it in the trees can attest, aluminum poles tend to bend or snap easily.

“Bamboo has the ability to bend to about 90 degrees spring right back in place,” he said. “It’s really got the weight and performance over carbon fiber, and it’s also eco-friendly. And it looks cool.”

The poles – available on Grass Sticks’ website and in two shops in Steamboat – retail for $85. Beckler said he makes about $30 profit per pair. That price is comparable to carbon fiber poles, which range in price from $60 to $120.

He has sold about 650 pairs so far, including 30 pairs to Glenwood Springs-based Meier Skis, he said.

“Initially, even before I settled on bamboo, poles out there right now aren’t exciting – most people buy them because they need to go skiing,” he said. “We’re trying to change the industry – to make a product that people are excited about that they can customize, that performs well.”

Beckler has invested about $18,000 into Grass Sticks so far, he said, including buying materials and tools. He has just returned to Colorado after weeks of hitting trade shows. And after a rush of about 200 sales, the company is finally in the black, he said.

He has gotten $10,000 worth of help from Colorado Mountain College (CMC), the city of Steamboat Springs and Alpine Bank after winning the CMC’s annual business plan competition, according to Steamboat Today.

That funding will go toward marketing Grass Sticks, Beckler said.

“I’d say the biggest part for us is going to be attending (trade) events,” he said. “We just did the Boston and Denver (Ski and Snowboard Expos) and we made a lot of sales there. The best thing for ski gear is to get the product out there. The best way is to get it out in people’s hands.”

Beckler works on Grass Sticks full-time and employs friends Andrew Bowlin and Kevin Dooley on a part-time basis, he said.

The company’s next move, Beckler said, will be to expand its product lines into the summer. He’s looking into producing bamboo trekking poles and canoe or kayak paddles, he said. But for now, he’s focused on getting the ski poles firmly planted in the market.

Beckler, 28, is a Pennsylvania native who studied physics at Penn State, where he was also a member of the ski team. He moved to Steamboat after graduating six years ago, he said.

Bamboo was used in ski poles prior to the first Winter Olympics in Chamonix, France, in 1924. In 1933, John B. Dickson patented a new design using steel poles. 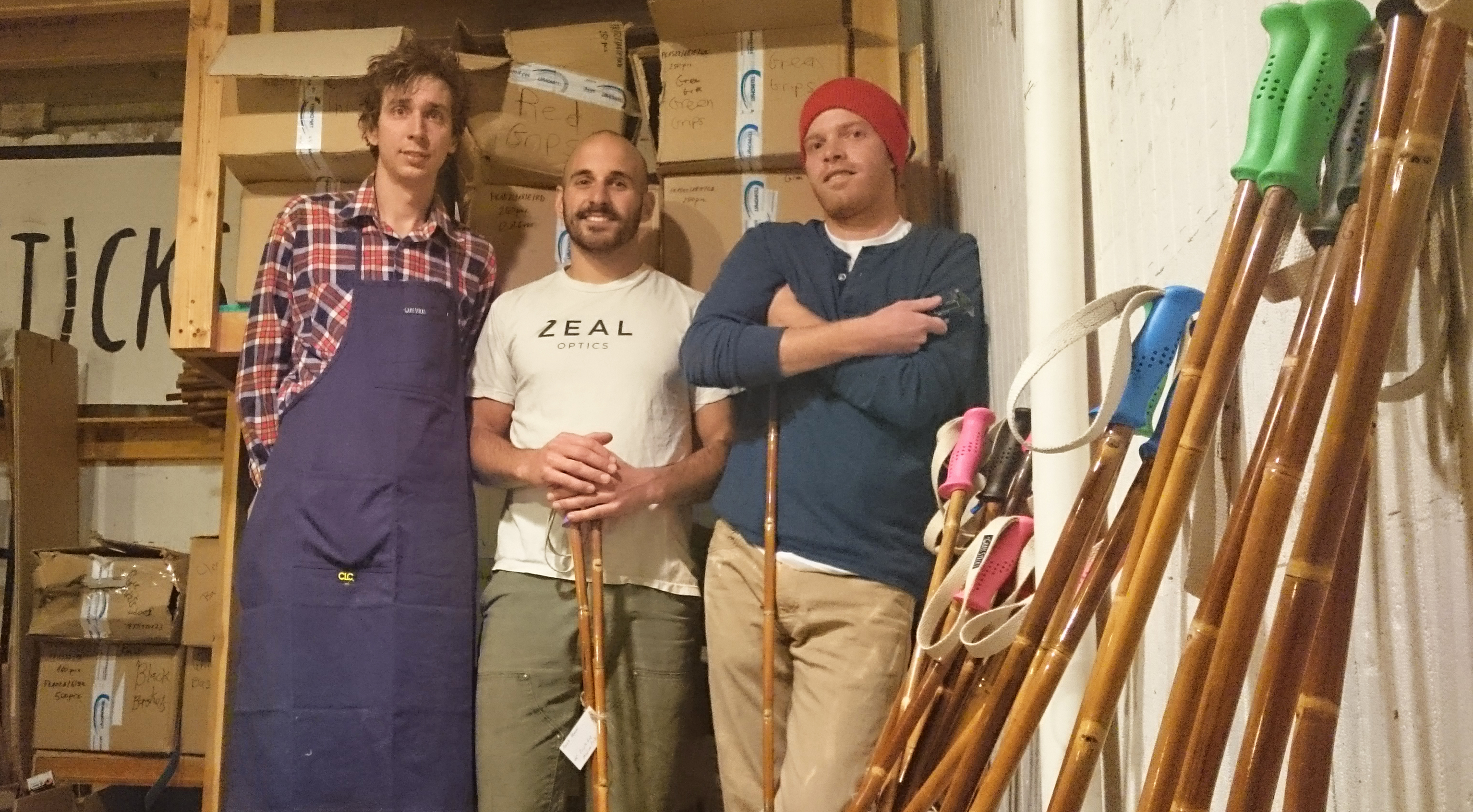 Before steel ski poles became the norm, bamboo was the go-to material for skiers. Now, a Steamboat Springs skiing instructor is hoping the material will make a comeback in Colorado this season.