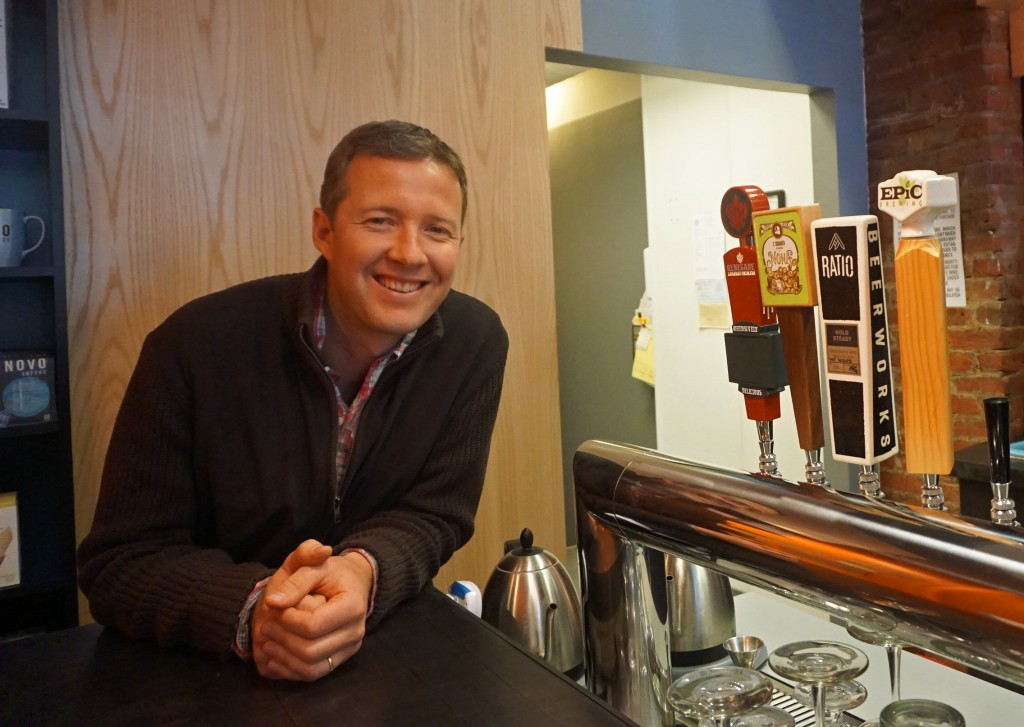 The local coffee house began serving Colorado craft beer and wine at its shops on Sixth and 32nd avenues in Highland Square this week after the city approved the roaster’s liquor license.

“We’ve been able to work with a lot of breweries and other producers and it seemed like a natural succession – craft coffee and craft beer,” said Jake Brodsky, one of Novo’s co-founders. “The spaces were all designed from the start to be a place where people can come in and grab a glass of wine or a cappuccino or a pint of beer and not just as a coffee shop.”

Novo now serves alcohol at all three of its locations – its 1600 Glenarm Place cafe pulled its first pour in 2013.

Brodsky said he anticipates alcohol sales will make up about 10 percent of overall sales, although he said the 32nd Avenue cafe in the Highlands will be higher because of the neighborhood’s demographics. 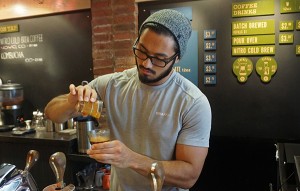 Taps are featuring products from Colorado, Brodsky said, including local breweries like Ratio, Epic, Renegade and wineries like Sutcliffe Vineyards in Cortez.

“We’ve been spoiled over the years working with breweries,” Brodsky said. “Ratio has the Hold Steady, which is made with our cold brew coffee. Epic has their Big Bad Baptist, which they frequently use our coffee for.”

Novo isn’t the only coffee company pouring pints. Starbucks asked the Denver liquor board for approval to serve alcohol in three of its locations in June and recently filed another two requests with the state. Meanwhile, Colfax Coffee shop Gathering Grounds is also trying to get in on the booze bonanza.

“For the right spaces, I think it’s a good way to convert and bring people in for more hours of the day,” Brodsky said.

Brodsky, 38, founded Novo with his father Herb and his brother Joseph in 2002. Prior to that, he kicked around as a semi-professional soccer player for the Colorado Comets and Arizona Sahuaros and hit the field with the Rapids briefly before brewing coffee.

Novo focused on roasting and wholesaling to distributors before opening a cafe in Arvada in 2005 that closed in 2009. The company proceeded to open its Glenarm Street and Sixth Avenue cafe in 2013 and a location in the Highlands earlier this year.

Continuing a recent trend in the cafe scene, a Denver coffee roaster is adding wine and beer to two of its locations in hopes of keeping customers coming in at all hours.